Today, we talk relevancy. It’s a topic which floats above all our heads, espcially with the emergence of faux reality television program. What will people do to become relevant? And what will they do to maintain that “relevance?” Is this social construct worth our souls? Drizzle and I discuss.

Speed: Yeah. That was a thing at one point this year. Because people forgot he’s

Drizzle: It’s a joke. I get it (laughs sarcastically). I’m more on the “Waka Flocka ‘who’?” trail these days. Where’s he been? Other than on this nigga’s bumper sticker?
Speed: On Love and Hip-Hop Atlanta. White people love him now because of his work with Major Lazer and those types. Oh, and the Pixels soundtrack.
Drizzle: So…he’s cooning on reality TV now? I hate reality TV. There’s a meme for this somewhere (looks at phone).
Speed: That’s the new thing for kind of washed-up rappers. But, at least he still puts out music. For instance, his freestyle over the “Fire Squad” beat.
Drizzle: “Fire Squad,” as K.R.I.T. said regarding the “Control” beat, is like an ugly bitch everybody fucked raw.
Speed: So, in other words…today, we’re talking reality TV?
Drizzle: No. We’re talking relevancy.

It’s a decent series. I’d even argue it has some moments I’d rank as top 25, at least. But, its decentness and overarching themes and good-to-amazing storyline? They tend to get lost underneath its “We’re like an R-rated Tengen Toppa Gurren Lagann meets Sailor Moon meet Panty & Stocking with Garterbelt” fanservice. I wouldn’t want them to apologize for it, tough. However, it had some of its message and bite overshadowed and skewed by the uber-Gainax bounce everything had (laughs).
Drizzle: At least Gainax is consistent with their insanity!
Speed: True.
Drizzle: But the point I’m making is this: Nicki apologized for her (arguable) art and changed it because of a fear of a backlash. Which is why, one day, she’ll be irrelevant. She didn’t believe in her own shit.
Speed: Hence me saying relevance tends to come down to “how much of your self are you willing to sacrifice to maintain eyes on you?” People like that, they’ll seemingly sacrifice their soul to keep the buzz up. I don’t know Nicki personally. But, I mean, the video, controversial and everything, tried something different. It took a different approach than just tits and ass. Whether or not it was truly “art,” as we both agree, that’s debatable. It could’ve just been controversy for controversy’s sake. But, yeahhh…
Drizzle: Kevin Smith didn’t apologize for Dogma. Galileo didn’t apologize for discovering gravity–
Speed: And ‘Murica didn’t apologize for getting pissy about tea!
Drizzle: High five. But, Nicki apologized.
Speed: I can see why she did, but still… As an aside, I finally saw the true “Super Mode” of the Shining Gundam. The one where it and Domon went all Super Saiyan.
Drizzle: That nigga ain’t apologize to nobody! He Gundam-bitchslapped them!
Speed: And it was glorious. So, Domon…waitwaitwait…like around that same episode, this motherfucker bounced off laser-beam ropes like a pro wrestler and catapulted himself across the planet. Dafuq? 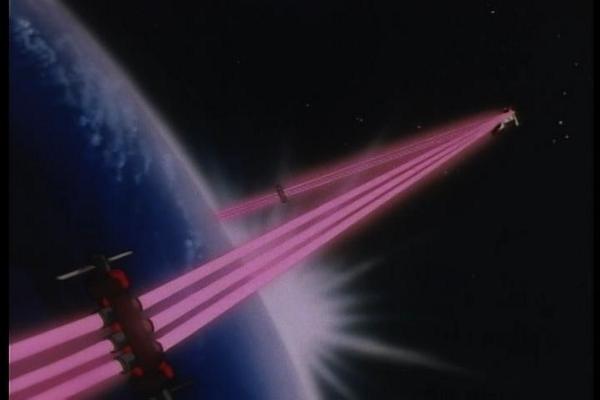 Drizzle: Yeah…don’t question it.
Speed: I won’t. But, I will close out by saying this. This has been volume six of Profound Assholes. Remember: if we didn’t piss you off and make you think, we failed.