Skip to content
PA (short for “Profound Assholes”) is a series on SpeedontheBeat.com where I have a no-punches-pulled conversation with a friend about a hot-button issue (yay cliches!). That friend is usually none other than Drizzle Sez formerly of DrizzleSez.wordpress.com, who co-created the PA format (go check out his site. It’s still live and still kicks much ass to this day). Today, we talk Thomas Edward Patrick Brady. This edition, for those with virgin ears or open spaces, is pretty NSFW. So, heads up.

Drizzle: There’s only one thing we need to speak on today. And, no. It’s not a drone. Or a continuation/completion of our discussion on The Weeknd. Today, we’re going to talk about that (mimics Bun B’s intro from “Sippin’ on Some Sizzurp”) bitch-ass, snitch-ass, dick-in-the-booty-ass, KY Jelly-packing-ass, cheatin’-ass, leaving-his-preggo-wife-for-a-supermodel (who threatened divorce)-ass, destroying-the-integrity-of-football-ass, Tom “Fuck Boy” Brady. 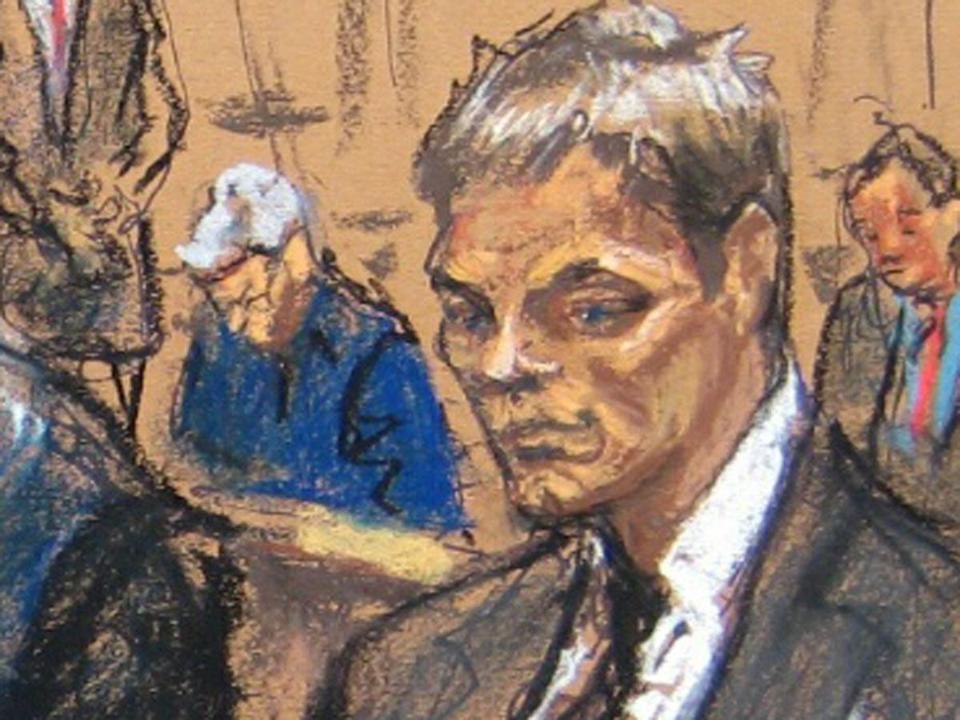 Drizzle: Fuck Tom Brady. Fuck the judge whose dick he possibly sucked. Fuck the judge even if he just had him in fantasy. I don’t know. I don’t care. Fuck ’em. Tom Brady would need to bear the cross for my sins for me to be like “oh, ok. Yeah. You ain’t so bad.” And that type of hatred, it ain’t healthy. But, I’ve never told people to “eat, pray, love.”

And if you’re wondering what that means, it means, “I fuck your village.” Hear that, Tom? I fucked your village!

Speed: I see you’re on your Netflix and Chill… But, yeah! Tom Brady is a fuckboy. At least Gronk, we–and he–know he’s on some smart dumb nigga shit most the time. He accepts that. He turns up with strippers, fucks them, and smashes shit, but he doesn’t fuck with football. He also doesn’t go around saying “hey, I didn’t fuck up.” He owns his shit! He’ll admit when he fucks up.

(Waves flag) Digression Alert!: I hate when people get all “what about Syria or starving children” or whatever when something like Deflategate gets into the news. Motherfucker, normal people can multitask our frustration. Besides, dealing with fuckboy Tom Brady helps me, personally, not be as downtrodden about Syria or starving kids or whatever cause-of-the-week Social Justice Warriors want to trot out.

And, yes. I used the term “SJW.” I mean it literally in the sense of “these are people who don’t do shit about these causes other than send out a fucking tweet!” But, continue.

Drizzle: Rage mode today, I see. But, fuckboy Tom Brady upsets me for a very specific reason. Two actually. One, I love me some foooooosballlll! Bitchboy Brady done destroyed the integrity of that! Players go home and fuck up, but the game. The game always remains! Asshat fucked over football. That’s blasphemy. You do your bullshit at home. But the game of football should stay untainted and Knobslobber Brady tainted it. Twice! You. Don’t. Do. THAT! Now, my second reason is simple.

I can’t look baby girl in the face and say “baby girl, cheaters never win.” I knew they did. Take Wall Street for instance. But, Fucknuggets McFuckboy put it out there.

Speed: He’s the shittastic version of the Wizard of Oz. But, at least the Wizard tried to help people in light of his massive fuck-up. Semen-stain Brady? He just sat there, pointed at everyone who caught him red-handed and, in his best Nelson Muntz voice, said “HA HA!” to the whole thing.

Like, fuck Aaron Hernandez and Ray Rice and those types. They’re fuckboys. They’re fuckboys to the highest degree. But, even in their fuckboyness, they never let it seep into football. That’s not excusing either of these types of players, of course. I mean, Hernandez, quite literally, killed a nigga.

Drizzle: And he was a cheater, too.

Speed: I go to football to forget about real life! Not fuck around with Tom Brady’s dickishness.

Drizzle: Two things. First, backtracking a bit, you’re right. Fuck a SJW. Second, you’re wrong. Tom Brady didn’t bring real life to football. In real life, if you get caught cheating, you’re gonna enjoy your ride under the bus. But, this testicle buffer? He gets a free pass.

Speed: Ain’t because he’s white. Well…it could be. But, Shoeless Joe Jackson and Pete Rose were white. And they both got shat on–and caught–for cheating and being cheaters. So, what makes Brady the Magic Fuckboy so magical?

Speed: Only logical explanation, even if it seems illogical. Fantasy points and sports are big. Brady and the Pats are almost always favored to win. Brady doesn’t NEED to cheat! This trash boat, he isn’t a shit QB. So, that pisses me off even more about the whole thing. Like, I could see if this fuckboy was RGIII or someone. But, his ass can, at the least, halfway play without cheating. Cheating just taints everything he’s ever done. Ever.

Drizzle: Brady is not a good QB.

Speed: But, he’s not RGIII-levels of fuckboy in the position, either.

Drizzle: He won by cheating. He’s good…at cheating. No, not even that. He got caught.

Speed: Now, for instance. Julian Edelman is a good WR. Tom Brady is an alright QB in a system which favors him and cheats. Not even saying that as a Ravens fan. I’ve watched Pats game when they’re playing other teams and it’s apparent as hell. And I know that some of the women I’ve been friends with, slept with, or just plain fucked over the years? I know they’ll get mad at me, but fuck it. The Pats cheat! Bill Bellichek’s system–and the NFL seemingly–seem designed to fuck everyone who isn’t Tom Brady. And even fucking Roger Goddell the Magic Moron, he tried to stand against the tyranny. And he got overruled. The fucking commissioner! The fuck, man?! Granted, he is kind of a moron when it comes to enacting change, but still…

By the way, we’ve used “fuck,” from my count, about forty times now.

Speed: So, back to the fuckboy…

Speed: Someone’s going to be out to wreck him.

Drizzle: And the yellow flags will fly.

Speed: Yep. Every time. So, do we have some more truth venom or nah?

Speed: Yay! Corporate selloutness! Now, if only we could parlay this into some cash money, hint hint.
(Drizzle pulls out a Coke)
Drizzle: I know! Coke is so delicious. I’m sure they’re pretty generous, too.
Speed: Now, me? I’m personally a huge fan of Mountain Dew’s Dewshine. It tastes like some weird–but heavenly–combo of Jack & Coke and moonshine without all the alcoholic content which can get people like me into trouble if I drink (too much of the stuff). Cue cheesy grin and…we’re back.
Drizzle: Anyway, I wonder when Mike Vick is gonna appeal? Michael Vick “more likely than not knew about the animal cruelty going on in or around his property.” He went to jail, lost his contract, and had to pay the Falcons back. Tom Brady “more likely than not” knew he was cheating…and he plays next week.
Speed: Yep. See you next Tuesday.
Drizzle: Huh?
Speed: Cunt. Tom Brady is a cunt.
Drizzle: Ah yes. Black versus white, bruh. Wiz Khalifa versus Brooklyn Beckham. It’s like, let the white guy who actually affected the game play. Fuck that. Fuck Tom Brady. I’d love to see the Steelers walk off the field in protest.
Speed: The hate is real if you’re championing the Steelers.
Drizzle: It’s bad, bruh.

(Speed pulls up the following, somewhat censored for the SOTB!!! audience)

Drizzle: My soul just cried. Its beard has been watered. However, it’s still less disgusting than crying Brady.

Speed: True…yeesh. Fucking A, man! I’d even bone naked Miley before wanting to be in the same room as Fuckboy McBitchlips. That’s his new name–

Drizzle: No. No name. He’s like Voldemort to me. From this day forth, he shall be referred to as “He Who Shall Be Hated for Cheating.”

Drizzle: The game itself.

Drizzle: No. Never again. Cheaters win. Once upon a time, if you cheated at pro sports, CONGRESS would hold your hearing.

Speed: Such as with wrestling and baseball.

Drizzle: Yep. But HWSBHFC? He didn’t face Congress. All you used to need to do was say that something affected interstate commerce and there was a federal case. But not him. He walks away with fuckin’ four asterisk-riddled Super Bowl championships.