Skip to content
NSFW Warning/Disclaimer:
PA (short for “Profound Assholes”) is a series on SpeedontheBeat.com where I have a no-punches-pulled conversation with a friend about a hot-button issue (yay cliches!). That friend is usually none other than Drizzle Sez formerly of DrizzleSez.wordpress.com, who co-created the PA format (go check out his site. It’s still live and still kicks much ass to this day). Today, we talk Ravens versus Steelers and why it’s possibly the best rivalry in sports these days (This discussion took place after the Ravens’ overtime win against the Steelers).
Speed: So, yeah. That was a hell of a game!
Drizzle: Best. Rivalry. Period.
Speed: Oh, I’d agree. I mean, “lifetime hit list?” C’mon man! I’m not seeing any rivalries these days that reach that level.
Drizzle: It keeps my blood pumping.
Speed: Well, we all like you to keep the blood pumping. Also, football!!!
Drizzle: Hand egg.
Speed: Well, if you want to be technical about it. Asshole. There’s got to be a better name than “football” for, well, “football.”
Drizzle: Hand Egg. That’s what some of the Europeans and Canadians call it. But, here’s something fo’ that ass, though: Ravens versus Steelers is a rivalry separated from others. I looked at it. And I saw this: other rivalries, in other sports? Most of the rivalry is really between fans. I mean, let’s be real. Cowboys versus Redskins is boring–
Speed: Well, you try having RGIII quarterback in a system that doesn’t understand him–and he seems to not understand–
Drizzle: Fair. But, it’s still boring. Their crazy fans, however, elevate that shit. I mean, when was the last time that you felt every yard fought for in a Skins/Boys game? Not a thing. Celtics versus Lakers is only good because of the history and the states. But watch that shit. Most, if not all, of the time? It’s just another game of hoop. But, Ravens/Steelers? There’s hate on all sides. Everybody on both sides of the issue, they feel some kind of way about the other. Whether it’s John Harbaugh and Mike Tomlin almost coming to blows or the fans hating the other city or T-Sizzle wearing this shit: 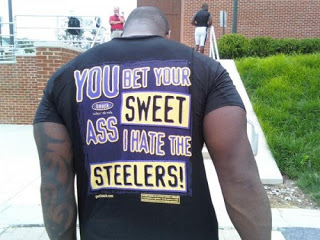 Speed: Well, I mean, two things. You’re right, most of these classic rivalries have thrived on the history between the teams versus legitimate emotions. And two, I want that shirt.
Drizzle: Me too. But, bump the past. The past is B.S. It’s always been hot between B’more and Pittsburgh–and still is. The staff, the players, the owners. They all feel the hate. Our rivalry isn’t just the fanbase looking for pride. The people who actually play take part in it!
Speed: There’s hatred all around. It’s like the Oprah of sports rivalries. “You get some hate! You get some hate! You damn sure get some hate!”

Drizzle: Yeah. But, see, the hatred isn’t baseless. It’s born from respect. When you play on a team, your team is the best every time you touch the field. You believe that you can beat any opponent as long as you and your teammates play your collective asses off. But then…you look across the field and see an opponent who is tailor-made to beat you.
They’re as good as you and you know that your regular shit ain’t enough. You know you’ve gotta stop doing 110% and drop 1000% for a chance to win. And you do it because you know that those guys are thinking the same shit about you. You both acknowledge that today decides who really is the best. You respect their ability.
The hatred is spawned when you know that this other team is standing between you and advancement. Your ticket to the dance is depending on you winning against this opponent who you respect. So, any win is a triumph. And any loss? It’s a tragedy. The effects of this game don’t end when the game is over. You’re gonna feel this, win, lose, or draw. You’re gonna feel this game.
And if you lose, you know it was a fight the whole time. You know you had a chance until the clock hit 00:00. So then you feel like if you pushed a little harder, ran a little faster, et cetera, you would’ve beat your most-worthy opponent. And when you put that all together? A loss looks like this: 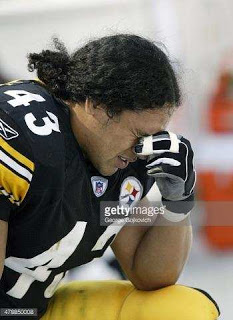 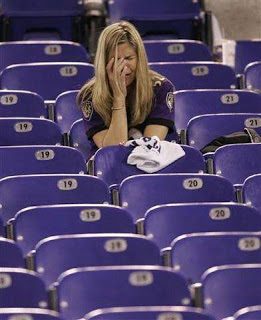 Speed: Were you a motivational speaker in a past life, bruh? This sounds like some end-of-Rudy, “Win One for The Gipper”-type shit.
Drizzle: Nah. I’m just telling the truth. But here’s what turns the crying into the best rivalry. They get up. They cry it out and then they get up. And they don’t go back to business as usual.
Speed: They get better. Faster. Stronger. More intense.
Drizzle: That “If I did ‘X,’ we could’ve won” takes hold and every year we say “next time, I’ma be faster, I’ma be stronger, I’ma train harder. So next time, we come out on top.” And instead of a rivalry that was awesome once, it becomes this eternal thing. Even the rookies know. “Those guys on that side of the field won’t pull a punch. Not a single fucking one. They may even throw in some extra. So, I’ma need to punch just as hard. If not harder.”
So, two–sometimes three–times a year, we watch a game with players, coaches, and even the fucking towel boys feeling as much, if not more, investment in this game as the fans. No other rivalry has that. Name one other rivalry where the players are emotionally invested in the game. Name one. I’ll wait.
Speed: Um…as of now, in the U.S.? Not that many. I’m probably going to have to go outside of the U.S. and say something along the lines of Real Madrid and FC Barcelona, Man U and Man City–hell, most of them would probably be futbol rivalries.
Drizzle: (Scoffs) The fans of those will probably off each other first before you see them crying without flopping first.
Speed: But, if you want to get as aggravated over a rivalry in sports that you’re willing to kill someone…you’ve got to be pretty emotional. I’d guess. Unless you’re just one of those people who engages in pointless hooliganism to rationalize randomly having a row with someone else.
Drizzle: But, I mean the players. They ain’t doing that shit.
Speed: Eh…Messi versus Ronaldo is one of the best rivalries I’ve seen. 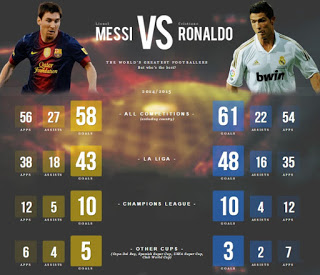 But, in futbol, the rivalries can tend to err more on the side of individual players instead of the teams themselves. And, many times, it goes back to the history aspect, even when the teams themselves are playing at 50%. But, Ravens versus Steelers has that. It’s probably one of the, if not the, definitive rivalry in sports right now. People will fight to the death over their supremacy on and off the field. Thankfully, it usually never comes to straight up killing someone over it. Because, you know, (senseless) killing is wrong. But still.
Drizzle: Indeed. Whereas other rivalries? They don’t fight at all. The players treat it as a regular game. They don’t care. And why should they.
Speed: There’s no soul. There’s no spark. There’s nothing real. It’s just a bunch of men getting paid a bunch of money to throw the hand egg around.
Drizzle: Which is still entertaining. But, it’s not what makes a rivalry into something immortal.
Speed: Pretty fucking much. It’s like Azealia Banks at times–
Drizzle: But she cares.
Speed: True. Even if BWET won’t be remembered as the greatest album of all-time, she fucking cares enough to give it her all.
Drizzle: With that said. Fuck the Steelers. Fuck ’em with no lube and covered in rock salt.
Speed: Yikes. That’s pretty…intense.