Skip to content
NSFW Warning/Disclaimer:
PA (short for “Profound Assholes”) is a series on SpeedontheBeat.com where I have a no-punches-pulled conversation with a friend about a hot-button issue (yay cliches!). That friend is usually none other than Drizzle Sez formerly of DrizzleSez.wordpress.com, who co-created the PA format (go check out his site. It’s still live and still kicks much ass to this day). Today, we discuss independent artists, forgetful friends, Logic’s TITS album, my Unhinged album (sort of), the Ravens, and more.
Drizzle: Thoughts on my Twitter rant?
Speed: Yes, and I agree with it completely. I mean, it’s kind of how people were with The Weeknd when he first dropped.

Drizzle: Right. I was bumping “Say It” [by Tory Lanez] for a while. I was fucking to it. Before I even got with The Missus. But now? It’s radio.
Speed: Yeesh. That’s months ago. Damn near a year.
Drizzle: Yeah.
Speed: Because I remember you were talking about dude a bit after, like, my mom died. So, that’s definitely been a minute.
Drizzle: But that shit’s literally one of my berserk buttons. Now, I’m not gonna run around and kick asses because of it. But, I am gonna side-eye the ever-living side-eye outta you (Drizzle shows the following photo to Speed as Speed laughs).

Drizzle: Because this shit shows a lack of human interests, bruh. This is something I like. Give it a chance.
Speed: True.
Drizzle: But nah. You’re too interested in the nothing in your phone or wishing we were listening to Drake’s latest…err…hit song.
Speed: Nothing in your phone, though? HA!
Drizzle: I’m so sincere. Most of the shit people look at on the phone accounts to zero. But, it’s like…people just stopped thinking. It’s the reason why mass-produced shitpop holds the market.
Speed: In other news, Ray Lewis is sing-rapping again.

Speed: Well, yeah! It’s Ray Lewis. Just about everything he does is going to be glorious.

Drizzle: See that?! See that?! You said some shit. I heard that shit. Then I retorted. My ninja. Mic…drop.

Speed: But, some people just don’t do that. They’re afraid to expand their musical horizons or even give someone else the time of day, more often than not.

Drizzle: No. They’ve been told their opinions don’t matter. So, they believe that shit. Fine. I’m more mad because people stay forgetting about how they heard it with me. I ain’t looking for credit nor credibility. I just want people to, oh, I don’t know, remember hanging out with me?

Speed: That’s also a thing. I mean, you’re not exactly a forgettable dude. You’re a 6’5″, 270 pound black dude who, at times–and rightfully so–screams ONE PUNCH MAN! and bumps Big K.R.I.T. If that’s forgettable, we’re really living in the end of days.

Drizzle: But, I’m forgettable. At least the music I like is–until the damn radio plays it.

Speed: Well, that’s usually how it is with, like, indie stuff/stuff that isn’t automatically played a million times on 92Q or WKYS.

Speed: If I knew the answer, I probably would’ve sold a couple thousand copies versus amassing a couple hundred thousand streams collectively of my own shit.

Drizzle: I miss mixtapes. Real mixtapes, not the ones sold on iTunes. I mean those word-of-mouth mixtapes that people pass out and you grab for free.

Speed: Yeah, those were nice.

Drizzle: I miss negi coming up to me and saying “have you heard that new such-and-such, cuz?” Because when I hear that now? It’s either some memetastic nonsense or, well…you.

Speed: Shameless plug alert: Unhinged is out, as you can see above. But, point taken. So, it’s either underground DIY stuff or something that’ll be here today at 5AM, gone tonight by 7PM?

Drizzle: Nah. I’ve got my Big K.R.I.T.s and my DTP. But…shit! You know “Made You Look (Remix)” was an underground track? Never made the album. Never made a single.

Speed: But it blew way up.

Speed: Yep. So…tangent-time. Logic: Yay or nay? I mean, he got Steve Blum on his album, The Incredible True Story—

Speed: Kinda? But, anyway. He still doesn’t, 100%, have his own voice. The Cole, Drake, and Kendrick influences sometimes overpower the album and its originality. I like him, to a degree, but have you fucked with him?

Drizzle: Umm…I don’t even fuckin’ know who that is.

Speed: Biracial guy from Maryland. Dropped a mixtape called Young Sinatra. Lived in a Gaithersburg trailer park. He calls some of his fans Bobbysoxers. Are any of these things ringing a bell?

Drizzle: (bluntly) That means nothing to me.

Speed: You do realize that you’re kind of doing what you were rallying against a couple seconds ago, right?

Drizzle: Nope. And Steve Blum is like pop-rap music. It was good–great and sometimes legendary even–until the mid-2000s and now he–and it–sucks.

Speed: I know that. But that alone could keep him relevant, sort of. Although, I’ll agree, some of his later work has been, well, meh.

Drizzle: Orochimaru. A/K/A “Can I get this in sub, please?”

Speed: This is true. Anyone who doubts, check out the video I posted above. Blum made Orochimaru sound like, with every word, The Joker was having 50 Shades of Grey-level S&M orgasms. And I’m not talking Heath Ledger or Mark Hamill Joker, either. I’m talking Cesar Romero Joker.

Drizzle: So, no. I’m not doing what I complained about. I’m talking about Steve Blum.

Speed: Ok, but back to Logic. Check him out, perhaps? Lemme know what you think. Kind of like what we did with Azaelia Banks’ project, but different. Because stuff (Speed laughs).

Drizzle: Oh, what? He actually raps?

Speed: Well, that’s one thing. He also used to perform at, like, Thirsty Turtle and shit– 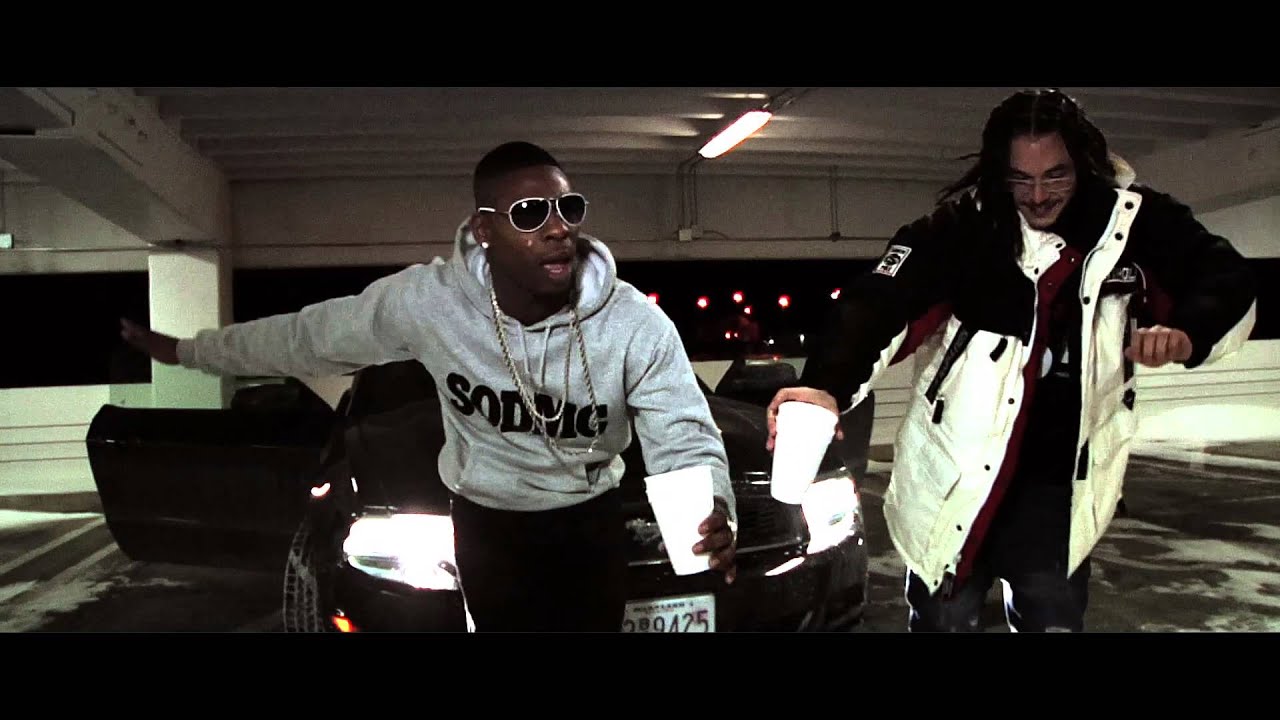 Speed: “I GOT MY MILLION DOLLA SWAG…” Oh, my word. That’s a blast from the past, for sure. I forgot all about that guy and his rap beef with practically everyone at UMD because they called him out on his…stuff. He tried that with me, and I was just like “nah.” After I schooled him on my opinions of what he was doing and whatnot, he shouted me out on this track, “Don’t Hate Me” or “Don’t Judge Me.” Some shit like that. He shouted me out as, like, a mentor to him…for the hot second before he went back to swag rap and whatnot.

Speed: Quite. But, that actually happened. Logic, however, raps about non-swag shit. And why there’s nothing wrong with swag rap–hell, I enjoy some tomfoolery at times–I just prefer my auditory adventures down that path to have a teeny bit of truth, realism, and lyricism within them. That’s why, for example, Soulja Boy, musically, fell off. Yeah, “Crank Dat” put money on the board. But, after that? He showcased that he, to some, was just a one-trick pony and everything after “Crank Dat,” money or not, has failed miserably.

Drizzle: I have this big, gaping, hipster hole in my heart.

Drizzle: I feel out of the loop. Kinda.

Speed: Why, because of, like, Logic? Or something else?

Drizzle: Like, it’s this new indie artist out there who’s gonna ride harder than The Weeknd and I don’t know who he is.

Speed: Tory Lanez? The chick from True Grit who’s singing songs about playing with herself? Uh…that “Oh My!” guy, Boogie?

Drizzle: Tory Lanez is popular now. The True Grit chick’s song was only “good” because it purposely tried to bring oglers.

Drizzle: And bullshit. Boogie isn’t the guy. Next one I find? I’m gonna hoard ’em.

Speed: But…but…”OH MY GUUHNESS!?!” Fuck it, I like shouting it randomly at people. Sue me. But, if you hoard them, what does the artist get out of it? That be like if I hoarded, for instance, Raven Felix. She works with Wiz and Snoop and ’em now. But, if I tried to hoard her to just this site, she may not have gotten some of her buzz. Or, like, if you hoarded Weeknd.

Drizzle: They’ll get their play. But, I’m not gonna be disappointed no more in people who are around me, forgetting memories we had.

Speed: So, what? Is it more about your own feels being hurt by people forgetting you and your musical suggestions? That’s understandable.

Drizzle: Like, how many people went to that Weeknd concert on Sunday who wouldn’t know about dude until I bumped him?

Speed: Considering it’s in D.C., I’m gonna go and say “a relatively decent size of the audience just for one guy telling ’em about shit.”

Drizzle: “Oh, Weeknd’s a superstar.” Not in 2011 he wasn’t! And I had motherfuckers who couldn’t be bothered to come to my own birthday driving two hours to the concert. Yeah…I’m a wee bit offended. Because see, it ain’t about the music. It’s about friendship and actually paying attention.

Speed: Ok. That is some shit. Because, yeah. Friends should get priorites and shit.

Drizzle: But, I digress. The refs admitted to cheating us in the Ravens game.

Speed: That’s a moral victory…right? No? Fuck it, I’m unsure.

Drizzle: No. It’s the absence of morals. It’s fucked up. The NFL made a formal statement, but probably won’t do shit about it. At least not shit of consequence.

Speed: Supremely fucked up. We’ve seen the workings of the NFL these days. They’re incompetent.

Drizzle: Football was my go-to drug. Now? Now, it’s my facepalm. Instead of enjoying games, I’ve gotta sit there and wonder “how they cheatin’ now?” So, there’s talk about us getting an extra draft position. Like we needed the help this year.

Speed: But, that’s like me going to Lee Daniels and saying “hey, Lee. Lemme replace the guy who plays Andre on Empire. We both black.”

Speed: I’m just saying, though. But, with that, we’re done our first new PA in, what, a month or so? Sue me. Music and shit. But, remember: if we didn’t piss you off and make you think, we aren’t doing our jobs.