For thirty-six volumes, Drizzle Sez and I (with the occasional Gingawd and/or True God appearance) have given you the real so raw, some of you may’ve gotten pregnant from it. So, for “season” two of PA, we’re hitting harder and better than before. PA, short of Profound Assholes, is a series on SpeedontheBeat.com where (usually) Drizzle Sez and I talk some hot-button issues and give our two cents. Reader discretion is advised, as these raw discussions can veer into the NSFW category…but you already knew that. If we get you to think about things, even if we pissed you off, we did our jobs.

Drizzle: So why was Shaq at WrestleMania again? 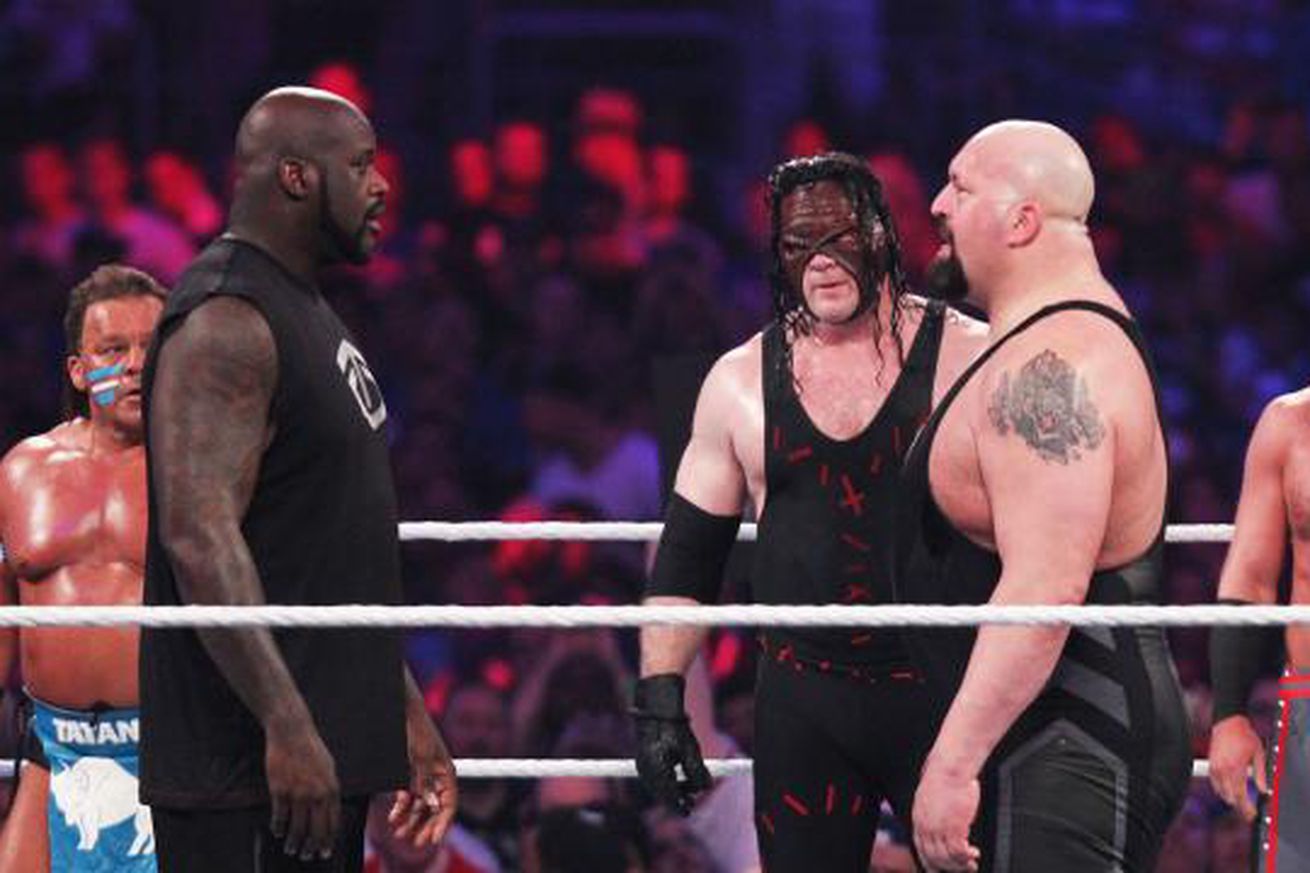 Speed: I guess WWE wanted to connect with the kids and the casuals or something? I mean, they did just put Snoop in their Hall of Fame. I don’t know. Shaw in a wrestling ring is as unneccesary and stupid as Wilt Chamberlain shilling Trojans or Hank Williams Jr. dropping a pro-BLM song.

Speed: It’s thrown completely out the window when fucking SHAQ is in the ring. Then again, it is sports-entertainment in WWE’s eyes. Anything can happen and viewers have to accept it because it’s all about kayfabe.

Speed: Except you’ve gotta replace rappers with shirtless men jumping arou…nd. Actually, it’s exactly like a rap concert. Add in the celebrity cameos, the larger than life personas, the multi-millionaires knowing what’s “best for business” and you’ve got rap and wrestling in a nutshell.

Drizzle: Pretty much. So, check my last tweets.

Speed: I was just about to ask you about them. One of your exes dropped a sex tape? I’m, sadly, about 3/80th curious as to how that whole thing went down.

Drizzle: Nah. She got revenge porned.

Speed: Shit. That sucks. But why?

Drizzle: Don’t care. Commentators are eating her alive, though. Dude called her a “lowdown bitch who gave him syph.”

Speed: Shit. Wait, what? Syph? All I’ve gotta say to that is… 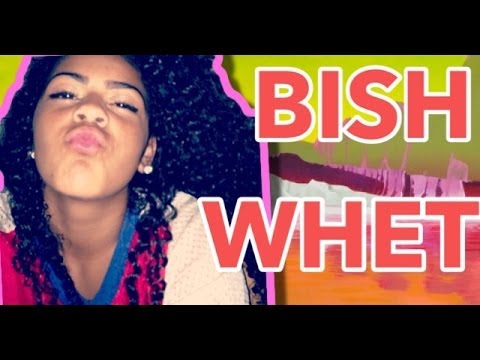 Now, I bring that up not to rag on her, but to say something. The comments and whatnot, they made me think about life, post-her. Here’s all these people out there shaming her and I think “hey, how am I doing?” And that brought me to this conclusion” when this one girl broke up with me, it might’ve been the best thing to ever happen to me.

Speed: Because you don’t have syphilis?

First, it, ironically, made me a better boyfriend. Now, let’s be honest. I ain’t perfect. No one is. So, obviously, I wasn’t perfect in that relationship. I could’ve been more attentive to her needs. That alone could’ve stopped her from going to the other nigga. I could’ve listened more. I could’ve spoke more. Hell, I could’ve just tried to generate more common ground between she and I.

Her leaving me for him, it made me realize that I wasn’t putting in effort in my relationship. Which, you know, that’s something you need to do. Now to our second point.

Two, it made me realize my own potential. In my relationship, I became terribly complacent. I’m not even talking about within the confines of the relationship. I mean myself. Bruh, I was gaining wait, sitting in a stagnant job, drifting through school.

Speed: Shit, you even went off the grid a lot more than you used to. It was like a year-or-so gap where we didn’t really even talk like that.

Drizzle: I was coasting through and think I was burned out by shitty circumstances that you already know about. So, when she dumped me and poured out all the reasons why I suck, I was mad…but I heard her. Negus, you saw me on Monday. I may not look it, but I’ve lost 40 pounds since she dumped me. Forty pounds, dude. My bench is up to 250. And on Monday, you also saw me pick up a rapist by his neck.

Speed: You seem a lot healthier since this chick left. Less, I don’t know, willing to settle and just be like “fuck it all. This is how shit is just gonna be. Lemme take it.”

Drizzle: I’m getting my first master’s by the end of the summer. I’ve been promoted out the ass. I’m buying a house in HoCo.

Speed: “And you, too, can do this if you don’t settle for bullshit.”

Drizzle: Yeah, man. I buckled down and realized I wasn’t doing what I was capable of. I’m still playing catch-up. But, I’m better physically, mentally, socially, etc. So, ex girlfriend, thank you for making me try to be better.

Drizzle: Thirdly, and this is a big one. Her absence and my changes because of it, they allowed the entrance of one of the best things that’s happened in my life.

Drizzle: I probably would’ve gotten a lot worse. But the absolute point is this: a thing that I had dropped on me so hard was a thing that made me infinitely better. Now, I wanted to avoid this, but…it’s comparison time! Everyone who knows me, in real life, they say I’ve gotten so much better. Yet, it doesn’t seem to be going well for others who were so adamant about saying “hey Drizzle. You’re fucking up.” I feel great, amazing even. They, however, are still spinning their wheels.

Speed: Or being revenge porned, which is something we don’t condone. So, lemme get on my story time tip for a bit. Now, a couple years back, I decided to, as many of you know, completely go off the rails. I also fully embraced my “hoeizm,” as the kids said a couple months back. What I did was kind of just get it in with some randoms on the random. Willingly, of course, because fuck rape and rape culture.

I ended up dating one of these women and I thought things were going well. However, I started to realize how fucked up I really was. I was drinking a lot more, shutting myself off from my friends and family, doing a bunch of reckless-ass shit. It took this chick calling me a drunk and telling the cops to keep me detained after a traffic stop and shit for me to say “hey, I’m fucking up and I don’t like it. Fuck that shit. I’ve got a kid to look out for and people who depend on me to not be all foggy and uneven and shit.

Now, today, I’m not perfect. God, no. But, I’m happier. I’m more stable mentally. I’m not just drinking all the time or putting my dick into whomever because reasons or “oh, I can only love you through my dick.” Sometimes, you’ve gotta lose to win in the end. You’ve got to hit the concrete to see if you can really bounce back like roundball.

Drizzle: Hov reference. Nice. But, people need to not drag their feet and actually tell people when they’re fucking up. The fuck-ups will actually hear you…that is, if they open their ears and accept that, sometimes, they are actually fuck-ups.

The basis of it all is this: we made the gap between cause and effect. The whole “I’m not happy with myself,” “I’m not doing what I should be,” “It’s hurting me.” Leave others’ opinions out of it. When you see it yourself, act, motherfucker! That girl leaving me was the best thing that happened to me because it made me realize my faults. And I made myself better because of it through sheer willpower.

Speed: True. You’ve gotta see that shit and accept it, though. If you don’t–or can’t–do that, you’re gonna be stuck like this: And with that, readers. We’re back. Did you miss us? Oh well, we’re back anyway to give you that raw. So, remember. If we didn’t piss you off and make you think, we ain’t doin’ it right.