Skip to content
Yesterday, Drizzle Sez and I talked about heartbreak, some of his back-story, and other possibly pressing questions. Today, we’re talking more of the same with some Trump commentary, the reasoning behind PA, and other hot-button topics you may’ve been asking yourselves “when are they going to get to that.” As always, things are going to get profound.

Speed: So last time, we ended on heartbreak. Let’s take it into another direction, because we’ll probably come back to heartbreak again. How’d you meet Gingawd? I know you’ve known him longer than me, but how the fuck did you two meet? I mean, we know how me and him met–through you–and how you and I met, but we don’t know how the Ginger and the Mountain met.

Drizzle: It was a party. I was a junior in HS and, of course, DRUGS! So, I got a lot of party invites.

Speed: Plus, you were also a tall, Black-ish, handegg player. You had that going for you as well.

Drizzle: Anyway, I roll through this party and here’s this fat wigger redhead hanging with this dude I hit a few licks with. We were all dumb in HS. So, ol’ boy introduces the redhead to me like “this dude”–referring to me–“you wanna know this dude. He hooks you up and helps you out.” So, this redheaded motherfucker reintroduces himself and gives me a bottle of unopened Seagram’s Gin.

So, I’m pouring gin and juice with my girl at the time–who was my first major heartbreak–thinking, “I’m friends with this asshole.” It stuck.

It wasn’t solidified until some time after with him until an incident occurred with us getting shot at. For me, it was solidified when he welcome me into his home for asylum after a major altercation with some trailer park boys. So, we met it peace but were forged in fire.

Even though a lot of the details aren’t always in the cusp of my memory as they once were–mainly because of maturation–it’s hard to shake friendships forged in fire.

Speed: This is true. Look at us. While I never have had to shield you from trailer park boys, we’ve had our adventures of insanity in a place that should’ve been less war-like. But, then again, we were minorities as a PWI; it’s never fully peaceful for us. With that in mind, why me and why PA?

Drizzle: Well, first I have a metric fuckload of things to say about current events, states of the communities, and so on. You’ve got a medium to say it. Match made in heaven. But, second–and more importantly–any person can talk shit. Anyone can lecture someone on their opinions. But, very rarely can you do both and then have it actually mean something. From experience, you and I can shoot the shit and have it mean something.

Now, don’t take away from that that we’re above people and everything we say is straight gold. Shit, I’ll tell you straight-up. My opinions on Fucknugget Brady are 90% not based in logic. But, when we do PA, people can take something away from it.

Speed: True. I never felt like we were just talking out of our asses just to do that. But, as I mentioned, we’re going to go back into heartbreak. Has any breakup pushed you over the edge?

Drizzle: Well, to say I never cried over a bitch who didn’t deserve it would be a lie. I know. I, too, feel. What a surprise, right? But, this time? It’s not the case. I was young and stupid from inexperience as most of us were .Just take a look at HS Speed–

Drizzle: But, my first was the worst. I alluded to it earlier. See, I’d done stuff most people hadn’t before I was 17, let alone early 20s. I had seen a good portion of the world, and I got some insight. But, I’d never experienced true love before this. It was with this girl that I felt that “fling myself in front of a car” type of love. And quite frankly, like most lovesick puppies, I had no idea how to handle it. I was beyond arrogant at this point and that was my downfall.

The things I said. The things I did. I regret them to this day, not because I harbor some sort of torch, though. It’s because I was such an ass. I don’t ever want to be remembered for that. It hurts me to remember that era of Drizzleness. And it didn’t help that it dragged on, too.

I was having emotions I wasn’t ready for and I reacted extremely poorly. I didn’t hit anyone, but I might as well have. See, this type of breakup is the worst because I knew it was all my fault. And I didn’t want to break up.

I fucked shit up so bad that I wouldn’t be surprised that, if she ever saw me again, she shot me. So, knowing all that…when it was finally over? When the smoke cleared? I went insane. I don’t mean “oh, I’m so sad,” either.

I mean, I was playing Halo with my imaginary friend who told me terrible things about life. I was, like, legit schizing out, dude. I reached an upper limit when this imaginary friend told me to kill her. I looked at him and realized I was hallucinating. That started me being big on personal responsibility. I must note, though, that the schizophrenic moments were because of massive head trauma before the breakup. But, that shit threw me over the edge. After that–and you saw the aftermath of that–I was hardened like a motherfucker.

I always felt bad for treating women bad. I just didn’t know how to fix it for years. But, because of that, I get women appreciation awards now.

Speed: I see. Well, you figured out how to fix it. And, nah. I’m not going to play “guess who” with this. It’s unimportant. Besides, it could’ve been her, or her, or her with the big tits, or the one with the bad dye job, or–well, you get the point.

Drizzle: What was important is that I learned. You’ve got to learn from your mistakes.

Speed: True shit. So, I’m going to jump around a bit. Do you think that Trump is evil incarnate?

Drizzle: I knew this one was coming. Well, when it comes to the Annoying Orange, I think people are overreacting. Now, I’ve been very vocal on my views against his…everything for a long time. Don’t think I’m defending him.

I do believe that his version of intel is conspiracy theories. I do believe he lies like no one’s business. I also think he’s a big baby. But, the unfortunate truth is this: he’s at the helm. And yes, we should be mad. But, he won’t open the nine gates. Even if he did push the button, we’d all just live in fallout.

Speed: So who’s being tasked with killing the Super Mutants? 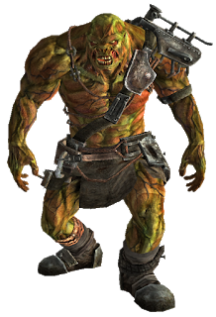 Speed: I’d prefer not to fight them, either. So, give me the keys. Unless I’ve got a bunch of mini-nukes and Rad-X, I’m joining you.

Drizzle: But, no. Trump isn’t Satan. We’ve dealt with worse–and dumber. But, this time, we’ve got a foil. We had Barack leading us before. Most likely, he’ll go down as the best president of our time. Then…we get…this guy.

Speed: True. I’m with you, though. He sucks, but he’s not the Devil. So, when you have kids of your own, will you tell them everything in bits and pieces or will you lay it on them that they’re probably going to grow up to be just like you in a lot of ways.

Drizzle: Bits and pieces. Different stories for different lessons. Each story has its own lessons.

Drizzle: Meh…not true. Not until I was older, at least. Sure, I have a story where a rat ran past me while watching TV and had homeless people underfoot. But, my parents weren’t always the straight shooters you know them as. They were notoriously tightlipped about their histories. They gave me life skills, but no stories.

Speed: So, because of sheltering or–?

Speed: Ah. I think my mom was too foolish in some ways to be embarrassed, to be honest. She reveled in telling folks she was a pimp or that she shot a guy or that she once beat a dude half to death with a brick. My dad was the embarrassed one. Then again, I was the Jon Snow of my dad’s side of the family.

Drizzle: My parents did their dirt; it wasn’t hard to figure out. But they didn’t brag about it. In reality, I think they didn’t want to be seen as fuckups. I know my mom has hyperactive emotions. I know that trained me to deal with the negative side of our generation. So, bringing up old shit would legit throw her into a rage. So, relationship advice from moms was limited to “don’t bring home no babies.”

My pop was a pragmatic warlord of sorts. So, “get knocked down, fuck him up,” “don’t sit with your back to the door,” all that sort of stuff. That’s what I got from him. As said, college was when the “how to be a good person” shit started and happened.

So, let me be clear. I’m not some psycho drug lord who’s gonna be on target for the lost season of The Wire. I made mistakes like everyone else. That was almost a decade ago or later, when a lot of this shit went down. The thing is this–I actually thrived in dealing with the underworld. That makes sense. I was active in such activity for a long time. A third of my life, nonconsecutively. That’s where most of my business acumen came from. Now, no…I’m not telling people to go down that route. I did that and now people can learn from me so they don’t have to go through that.

My upbring was, with all that in mind, still somewhat easy. Yeah, like I said, I grew up with homeless people underfoot and I eventually fell into “the game” or whatever. But, my dad was there. My moms was there. They drove me to school and packed my lunch. They weren’t perfect. Fuck, no. But, they were there. People don’t understand how much that helps people.

I got the female and male perspectives in real time. I wasn’t exactly showered in positivity, but I at least heard what shit was about.

Speed: So do you think having both parents is best for a kid?

Drizzle: Not if the parents suck or the relationship between them is garbage. Shit, I don’t like Lil’ Wayne–in fact, I hate the man–he made a valid point on this in his “How to Love” video. Both parents being assholes will teach the kid to be an asshole. Parents in bad relationships will generate seriously-confused children. In my honest opinion, of course.

But, I’ve met people who had horrible parents who did horrible things. And they’ve been fine. I’ve met people with parents who taught horrible things–like bigotry–and they turned out better because they rebelled against it. There’re always exceptions. But, in my honest opinion also, a guardian should never place the burden of learning on a child. You should teach your kids, not expect them to just learn.

We can PA on that if you’d like at a later date.

Speed: Well, this one has definitely been insightful for me and–hopefully–for the people who’ve decided to read this two-part interview. As always, thanks for agreeing to do this with me.