Skip to content
Today in PA, we discuss attitude and realism. Is realism really a lie? Will attitude rule your way of life? We discuss this and more in this piping-hot PA, featuring a prevalent Gingawd presence.

Drizzle: So, I wanna PA on something that dramatically changed me. Today, let’s talk about attitude. Now, the early 20s of my life was mired in…shit. Hardship after hardship. Some that were my fault, some that were definitely not.

Speed: Are we gonna do a third part of our Lego Theory PA?

Drizzle: No. Now, if the only thing I could have changed in those situations was to “not be black,” then it ain’t my fucking fault.

Drizzle: But, the fact is–and there are some exes that would agree with this next statement–each time the bottom fell out, I became a wee more depressed about shit. Woe is me, et cetera. My attitude was not built for success, even though my mind was. The last time the bottom got yanked out, I, once again, said “woe is me.” But, then a light bulb hit. 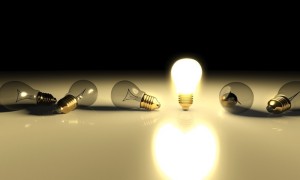 Maybe it was because of a bad breakup and not a job loss, so there wasn’t a pressure to pick up the pieces. But, the light hit and I was illuminated in self-worth. I went from “please accept me, Mr. Job Man” to “pay me what you owe, ya bitch.” Having the attitude of “I’m thankful to be here,” for an experienced engineer, was fucking disgraceful and told people one thing: they could step on me.

When I had the attitude of “you should be thankful I would consider your job offer,” two things happened. It told people “this dude is confident,” first of all. Secondly, it said “we better not fuck with this dude.”

My job search switched from “I hope they like me” to “bitch don’t be stupid.” That was an attitude change. From handouts to self-reliance.

Gingawd: But, you’ve gotta be careful not to overextend yourself. However, it is a positive outlook.

Speed: Definitely: It’s how you should carry yourself. You can never, especially in these crazy times, sell yourself short.

Gingawd: There’s a huge difference between negative talk and realism.

Drizzle: “Realism” is pessimism for people who think it’s intelligent.

Gingawd: Or people who are just aware of their limitations. For example, my language abilities are below par in our group.

Speed: I’ve got to side with the Ginger here. I’m all for shooting for the moon and piercing the heavens with your drill. However, even if you shouldn’t sell yourself short, you should know the things you can physically do and the things you physically cannot and will not do, Kamina mindset or otherwise.

Drizzle: In the ’90s, our parents told us that we could do whatever we put our minds to. When did we forget that?

Gingawd: I forgot when I realized I couldn’t memorize the entire periodic table in fifteen minutes. Also, when I realized you can’t go pro with a fourteen-inch vertical and be only about six feet.

Drizzle: Beethoven couldn’t hear but he made symphonies–

Gingawd: He also made music before deafness.

Drizzle: What about Spud Webb? He was short as fuck–

Gingawd: But he had a ridiculous vertical.

Drizzle: The point is this. Here you guys are making excuses while trying to explain away why you didn’t try.

Gingawd: I did try. Super hard, actually. I spent at least six hours a day training.

Drizzle: Melo spent twelve and he’s big and can jump–

Speed: Look, Drizzle. I’m all for piercing the heavens and One Punch Manning the sweet Baby Jesus to coming back and saving us from the insanity of this world like a G. But, bruh. There are some mountains you just can’t climb, no matter how hard you try.

Drizzle: The point is, if you wanna be a badass, you’ve got to outwork the badasses. Also, “can’t” is a word I don’t allow in my house. I’m Black. Too many people say “can’t” to us daily.

Speed: So what? Realism stems from the jaded folks who weren’t the badasses they could’ve been? Ehhh…

Drizzle: Realism is a lie.

Drizzle: Realism is reality. Reality should not be subjective. Reality is, I can do what I want if I am willing to work hard for it.

Gingawd: If you’ve got a dream, go for it. But some dreams are just dreams. If they weren’t, we’d be living in utopia.

Speed: Reality is also “I know there are de facto limitations placed on me, systematically or otherwise.” Yeah, we can break through that shit at times. However, they still exist and not everyone is going to do everything they want, regardless of how hard they work at it.

Drizzle: Yes, Speed. You won’t be reaching for shit on high shelves–

Drizzle: But what “set limitation” do you have for not playing in the NBA?

Speed: Uh, lemme see. I can’t play worth a damn. I’m almost 30 and never played outside of hooping with the homies. I’m Spud Webb short without the hops. I could go on, but I think you get the idea.

Gingawd: There’s a difference between hard odds and impossible. Hard odds are me getting a PhD in physics. Impossible is me changing from a carbon-based organism to a self-replicating drone in the next fifteen minutes. The von Neumann probe and whatnot.

Drizzle: That is realism.

Gingawd: Exactly. My realism is that.

Drizzle: But, to use realism to explain that you can’t when you can? That’s lazy.

Drizzle: It is one, though. Our parents told us it was. Nas told us it was with the song “I Can.” But, we forgot all that in an attempt to claim “realism.”

Gingawd: Me playing with the physical gift 9.32 10 to the negative 7th of our population isn’t realistic.

Speed: Even as a kid, I knew there were certain things I couldn’t do, even if I worked hard at them like Nas or like my parents said. I couldn’t turn white. Not that I’d want to–no offense Ging–but yeah. I couldn’t go Super Saiyan as much as I screamed and channeled my chi. I couldn’t create life before my body was ready to. Again, I could go on. However, I think you get what I’m getting at

Drizzle: You’re both mistaking tough possibility with impossible. Ray Lewis was “too small” to play linebacker.

Speed: So, me going Super Saiyan is just a tough possibility? LOLWUT?! 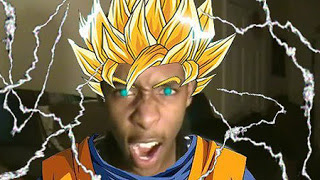 Gingawd: Some of us just don’t have what it takes in certain fields. I can play ball, but not at an elite level, regardless of training and all that.

Drizzle: Speed, trying to troll me with fiction won’t work.

Speed: I wasn’t trying to troll you. I’m just saying your idea of “hey, you can do ANYFUCKINGTHING you want as long as you put your mind to it,” while ambitious, is flawed as fuck.

Drizzle: However, Ray Lewis being linebacker? Hard work and dedication.

Gingawd: I use a real world.

Drizzle: Aren’t we glad Ray, Frederick Douglass, and Nicoli Tesla didn’t use a real world? Hell, 600 years ago, the “real world” was flat.

Gingawd: But, Ray Lewis is a genetic freak who hits harder than a SWAT battling ram.

Gingawd: But, I can’t tackle harder than a battling ram…

Drizzle: Neither could he! Until he started a mantra, that is, of “hard work and dedication. Prayers and belief.”

Gingawd: And be able to get to a level of physical fitness I cannot amount to. I did his routine before. I nearly ripped a chest muscle.

Drizzle: But, he built up to that. I’m disheartened by how much you two are defending perceived incapability. And you know what, Speed? You could go Super Saiyan. You could shoot lighting from your fingertips. If you wanted to do the science to do it, that is.

Gingawd: I’m using edge cases that are easy to understand, that’s all.

Drizzle: Bad ones, though.

Gingawd: I failed at my goal, so I don’t mind arguing that I try very hard and it didn’t work out. It’s not the worst loss in the world.

Speed: Don’t tell me, Drizzle. You’re one of those “humans only use 10% of their brain capacity” folks, right?

Drizzle: The 10% thing refers to conscious thought. It’s been bastardized. If you figure out how to irradiate your body or drink a potion or both, you theoretically could gain superpowers. Don’t deny it just because no one has done it yet. The generational exposure to cold temperatures created people with White skin and chest hair.

Gingawd: Never said it was impossible. Just that the NBA is impossible for me.

Speed: He outlined “why,” several times.

Drizzle: I heard not one reason, other than “I didn’t work hard enough.”

Gingawd: Fourteen-inch vert, well below average height for the NBA, not enough speed. These are reasons why when I was in my physical prime. If we’re talking now? All that plus being fat and crippled.

Speed: His height, nor his crippled body, can’t be increased or healed all that much with training.

Gingawd: I did increase my vert. Fourteen inches is after jump camp.

Drizzle: Yeah, cripple can’t be beat. But, you could’ve had it. It would’ve been tough, but not impossible. Like Barkley said, “if you ain’t touch, you ain’t welcome in the NBA.”

Gingawd: Height could be overcome with smarts and athletics. But, I’m missing athletics.

Drizzle: Muggsy Bogues was 5’3″ and his hands were pretty much too small to hold a ball.

Gingawd: But, it’s the reason why special op hell weeks are so brutal. Some people can’t handle the stress. It’s bullshit, knowing now, my body would’ve given out.

Drizzle: But, you don’t know because you didn’t try. That’s not a dig. It’s true. It’s realism. Realistically, the only limitations we have are the ones we set on ourselves. Hence the “human factor” is often held as the “chaos factor” in any equation.

Speed: Hmm…yes and no, though.

Speed: By that definition, aside from the well-informed aspect, it’s no wonder Trump beat Hillary. His “army” was well-trained in spreading bullshit.

Drizzle: Eh. “At a point, it doesn’t matter who has the biggest stick. It matters who swings it.” General Patton said that. He lead American tanks to beat Nazi tanks, even though the the US tanks couldn’t penetrate Tiger tank armor. Don’t tell yourself “no.” Let them tell you “no.” But never tell yourself that. And never accept “no” from a person who can’t give you a “yes.”

Gingawd: But, I can’t play in the NBA.

Speed: Preach. I didn’t listen to people who said I wouldn’t have any sort of footprint in the DMV music scene because I was a nerdy, mentally unstable (at the time), short kid who recorded most of his music (at the time) in his room in Baltimore. Now? People are giving me exclusive and shit and that’s not all I’m doing. I have an album that has some decent stream numbers, shameless plug, without much promotion behind it. But…I couldn’t play in the NBA to save my fucking life, bruh.

Drizzle: Again, this wasn’t an attempt to grade you two. It was me making a point. Your attitude drives you, not some “realistic expectation.”

Gingawd: We were all playing Devil’s Advocate, clearly.

Drizzle: And if your attitude reflects “I can’t?” Quite simply, you won’t.