Skip to content
Spoiler Alert: This piece talks about the Netflix-licensed series Hi Score Girl. If you haven’t hipped yourself to it, please do so.

When you meet The One, you know.

Usually, it hits you like a ton of bricks. For me, it hit me like Eddy Gordo’s capoeira. While courting my now-fiancee, we would often spend hours playing Tekken. And regardless of how hard I tried, or whatever character I chose, I always got my butt handed to me by Raquel’s Eddy.

Now, keep in mind, I wasn’t some button-mashing scrub. I honed my Tekken (and other fighting game) skills at Eastpoint Mall at the now-defunct Aladdin’s Castle arcade and, later, at home and other arcades. I played against folks older than me and younger than me and I usually came out on top. But Raquel and Eddy? That was a team that always kicked my ass.

I’m waxing poetic about Raquel’s prowess with Eddy because I was reminded about the feelings I developed for her by the beautiful series Hi Score Girl, which is licensed in America by Netflix. I know, you may be a bit iffy about Netflix anime at the moment because of the Evangelion kerfuffle, but hear me out. 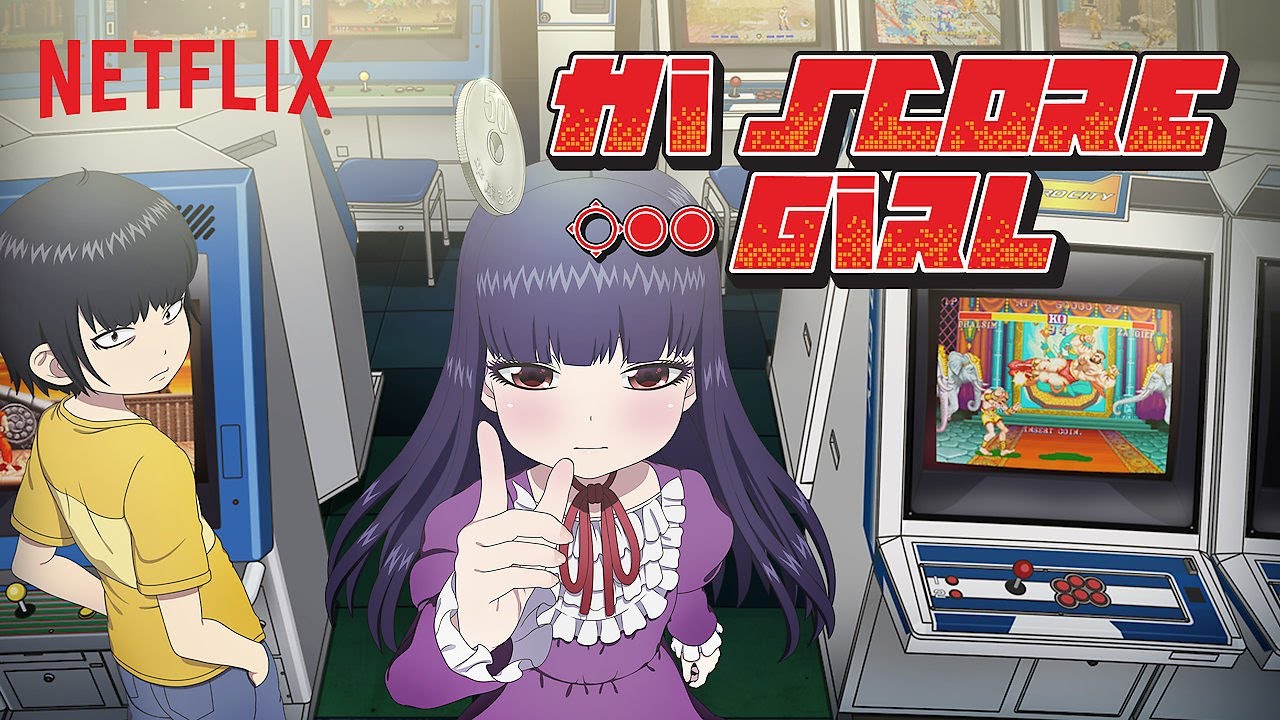 Like the Guile-loving protagonist Haruo, I’m a nerd who, at times, has poured countless hours into games. In fact, I’m embarking on the 2018 God of War game as I write this. I found a bit of solace in the characters growing up and their stories, no matter how convoluted and nonsensical they were. Those arcades and home systems kept me from completely being on some other stuff as a kid. But, I always was in search for an equal to me, someone who understood me and felt as passionately about some of the things I love as I did.

When I met Raquel, like Haruo’s first interactions with the stoic Ono, things were a bit bumpy. I was a walled-up, scraggly-beared dude with anger issues. She was shy and somewhat closed off as well. In fact, our first face-to-face interactions weren’t all that pleasant for either one of us. But, there was something about her that kept me enthralled and wanting to prove to her that I was better than just some scraggly-beared dude. I felt Haruo’s pain as he kept trying to beat Ono at Street Fighter II (and its updates), but I also felt the joy he felt whenever he was around her. It was–and is–the same joy I feel when I’m around Raquel.

Like Haruo, there’ve been other players who’ve tried to win me over with their skills. For him, it was Hidaka Koharu, who goes to the point of using Akuma and learning special techniques in Darkstalkers to get to his level. However, once the heart chooses someone, the heart wants what it wants. His heart, however young it is, wants Ono. Mine, however closed off I can seem, wants Raquel and only Raquel.

Now, I did feel for Hidaka. I’ve been on that end of the romantic spectrum as well in my youth (see my pieces about my high school crush “Ms. Pink Jacket“). Those feelings are real and, even if they aren’t reciprocated, they’re valid. As I’ve grown, though, I’ve come to realize something. While they’re valid, you can’t force someone to like you, no matter how awesome you are. If it’s meant to be, your friendship or what-have-you will grow into something more. If it’s not, you should try to be platonic or let it go completely, as I’ve had with people over the years.

Hi Score Girl didn’t just bring up the feelings of love I have for Raquel, though it was a major selling point for me. It’s a masterfully-written series that legitimately made me well up at a few points. I’m not a robot, but if you can make me feel something besides just entertainment, you’ve won me over. Its use of nostalgia and the 1990s is incredible–and a great history lesson for younger millenials and Gen Z’ers who didn’t grow up as much in the decade.


You’re taken down a trip down memory lane, but it isn’t just a sweet romp. You’re also confronted with the characters growing up and all that entails. To avoid any more spoilers, I’ll just say that things get incredibly grown-up (and I mean that in a “things go from nostalgic rom-com to drama by the end of the first season” sort of way). Eventually, life gets a bit more complicated and things go from “let’s play video games and chill” to “let’s just try to find time to play video games.” Real life comes at you fast and nothing, even classic games, will stay the same forever.

Just as Street Fighter II went through a slew of extra editions (and retcons with the Alpha/Zero series), we go through changes. What makes Hi Score Girl a favorite of mine is that it details these changes in painstaking detail, for all of its characters. Haruo goes from being a somewhat socially-inept super gamer to a gamer who begins to understand more about interpersonal and romantic relationships. Ono, while she remains a silent character, opens up more as the series progresses, showing more kindness to Haruo and others. And while Hidaka doesn’t get the boy, she also grows (in ways I’ll let you see if you choose to watch the series).

All of this growth and maturation reminded me, again, of my relationship with Raquel. We started as friends, laughing about Family Guy, video games, or our respective failed relationships. We grew into lovers. And now, we’re damn near inseparable.

May you find the Ono to your Haruo (or vice versa). Their relationship isn’t perfect–no one’s is–but it’s one that shows a lot of heart and dedication.

One thought on “SOTBNerdy: The Ono to My Haruo”