Skip to content
As promised, I’ve gotten ahold of another one of my DAR brothers to ask some questions about his upcoming project. Today’s Speed Interviewee is a guy who’s been in the wings for a while, especially since he and True were a part of a rap duo years before I even came on the scene with DAR. But, I won’t bore you with a ton of back story. Then, you’d have no reason to read the interview. Today, we delve a bit deeper into the mystery that is Apollovelli. Here is a man who can switch artistic gears at the drop of the hat without losing focus or authenticity. 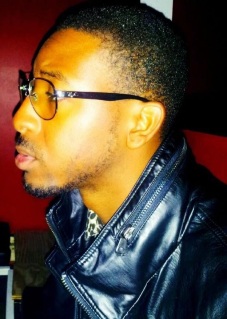 SOTB: Alright, brotherman. Let the people know who you are.
SA:  What’s up, Speed? For those just tuning in, my name is Shokus Apollo, a/k/a Apollovelli.
SOTB: How’d you get involved in hip-hop?
SA: I’ll say I got involved as a kid, listening to Outkast, Pac and Nas. Then, I just started writing rhymes.
SOTB: What should listeners expect from you, if it’s their first time listening?
SA:  The only thing they should expect is dope rhymes and good songs.  They can expect the best production, man. I give a different perspective than most of these rappers out here man.
SOTB: So, for those who don’t know, you, True and I went to the same school(s) back in the day. How did those early days help shape your approaches to music? And, yes, we can clown about the MPJ thing (laughs).
SA: Yeah, we all went to middle school together and that’s where the whole love for writing started. True and I started writing together in 8th grade (laughs) even had a group back on the day.
SOTB: Ah, right. I remember I used to hear True freestyling outside waiting on class to start.
SA: But, by the time you and I were in high school, my rhymes got better and more serious.
SOTB: Definitely, for all of us. Really feeling that “Majestic” track, by the way. Gotta include it in the interview.
But, back to the history lesson for a bit. How did those early days lead to the formation of Team DAR, in your opinion? We got True’s side of things way back when and we’ve gotten some of my thoughts, so let’s get the side of one of the other originals.
SA: Well, we all were recording for some years back. That familiarity with each other led to it being a no-brainer as far DAR being formed.
SOTB: Apollovelli—what’s the inspiration behind the title?
SA:  One of my favorite literary figures is Macchiavelli and The Prince is my favorite book so it was just a play on the name. This is my gift to the culture (Ed. Note: Readers, consider actually purchasing this text, not just checking out the freebie link and being done with it).
SOTB: And the album itself, how many tracks are on it?
SA: Final cut hasn’t been made as of now–but we looking to have around 15 songs.
SOTB: What should listeners expect from the album itself?
SA: This project is devoid of filler. They can expect a concise project. These beats are extremely dope, kinda trippy. Apollovelli is an album that’s gonna fill the listener s appetite for strong and meaningful song structure. [It’s] dopeness.
SOTB: Ah, true. Like that track “Rolling and Folding.” Shit sounds straight out of, like, a Weeknd or A$AP album, without some of the connotations that may bring (laughs)–good or bad, mind you.

But, out of DAR’s many members, you’re usually the most-reserved. Is that just who you are, or is that to aid the conversations you have through music—to, like, give your music a wise old soul feel?

SA:  I don’t think I’m the most-reserved member (laughs). But I’m very introverted (Ed. Note: The most reserved member of DAR may very well be myself, but who knows).  You know, man. I just try and let the music speak for itself.  I feel like my inspiration comes from those classic ’90s albums, sprinkled with a current flavor.
SOTB: How was it getting back in the booth with the family and getting back to the music?
SA: It was a blessing man. I missed the fam and now the energy just feels right man. We on a good wave, good momentum. Just got to continue to work hard.
SOTB: Ok, enough of the history lessons (laughs). The fam is back together. What are your thoughts on Adrian Peterson’s possible ban from the NFL? I ask for a couple reasons. One, and this may be a bit messed up, we’re in the middle of fantasy football season. And two, I recall that there was a TeamDARRadio episode revolving around Peterson who—at the time—had just been suspended and charged.

SA: Adrian Peterson went overboard with his discipline and I believe it was abuse. However, the NFL is playing a PR game and need to win desperately.

SOTB: Especially with the cluster that was the Ray Rice situation.

SA: Right, so it was expected that they were going to make an example out of him. He should not have been suspended for the rest of the year I believe and I’m not just saying that because I drafted him in my fantasy league (laughs).
SOTB: So, if you had to change three things about the way the world works, what would they be?
SA: I would discontinue the use of legal tender in this world. It divides all. I would have less government involvement in this country and I would legalize marijuana (laughs).

SOTB: Where can we find you on the internet?

SA: Follow me on IG @Apollovelli and on Twitter @ShokusApollo.  You can also check me out on Team DAR sites for updates and things.
SOTB: Any last thoughts, comments, etc.?
SA: I put a lot into this album, man. I just want everyone to enjoy it. I’m coming with different sounds man and I just want to keep growing as an artist. Shout out to you, SOTB! (Ed. Note: You can’t forget the exclamation point) and True, Ax , Jelly–the whole team man. Thanks for accepting me with open arms. This is just the beginning,  more dope following in the new year from all of us. Shout out to my lady for her support and my family, extended family. Peace to Steve B, Logic Marsellis, The Understudy,  Bambino and Sergio for their contributions. Shout out to Luke and the Apex team. Peace to everybody man