So, the first game in the Mike Locksley Era of Maryland Football began the same way the Randy Edsall era ended. There was a glimmer of hope, a slight chance that the Terps would pull off the upset. And then? They became the Terps of 2015 again and lost the game, 31-30. At least this time it was close, I suppose. But, as much as I hate being a football hypochondriac, the panic button has got to still be firmly cemented between Terps Nation’s fist and the console on which it resides.

Again, there were moments where things looked like they worked. So, all is not lost for Locksley’s Lads. At least, overall, that is. Their season is in shambles and it’s probably not going to get any better, since Maryland is smack dab in the middle of its conference schedule. But, the offense managed to keep up with James Franklin’s squad as did the defense. They were in the game until the end. However, there were failed drives after Brad Craddock got the game to 31-30. If Maryland even wants a chance to win a game, they’ve got to convert when they’re as close as they were.

But hey. At least Haskins and company are up next for the Terps in the 2016 season. That plus, ya know, basketball season is right around the corner. So, yes, Terps fans. We should be worried. However, there’s a bright side to this dark tunnel. There is a chance that Maryland’s deepening pockets lure a great coach to Byrd Stadium. Or, ya know, Mike Locksley proves himself to be amazing in these next few games. I mean, no one really expected Maryland this season to almost upset Ohio State and Penn State in consecutive weeks. 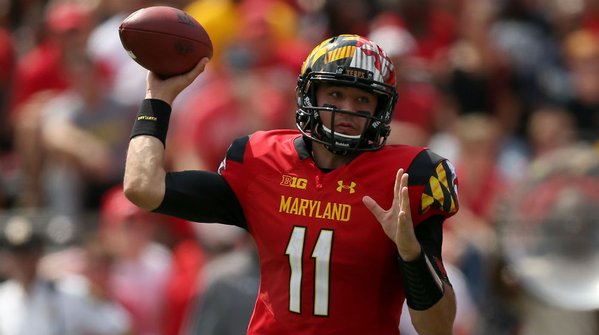