Skip to content
Let’s just get into it.
Lil’ Wayne – No Ceilings 2: 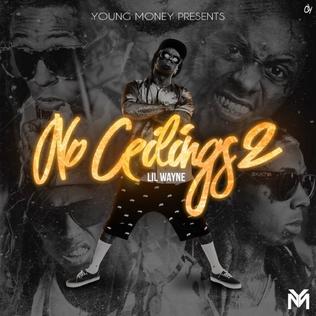 Any project that starts with Mannie Fresh yelling at me saying that “bisexual” means “two” is an automatic feature on a list of this nature. Now, Wayne, we all know the craziness that’s gone down over the past year-plus within YMCMB/CMR. And Wayne, we know that you’ve still got fire in you. Hell, Wayne, we, as fans of music, kind of want to see you get it back together completely.

But, bruh…this was not the way to come back–especially when you’d shown some flashes of “Good Wayne” on S4TW2.

Oh, yeah, sure. Some of the “critics” actually enjoyed this. “Oh, Wayne’s so irreverent. He’s really lacking restraint.” So, spazzing–and not in a good way–on an album is art? Then, hell. One Year Later is one of the greatest albums of all-time.

But, back to the project itself. After the intro, he tries to steal other artists’ beats (just like Mixtape Weezy is known to do). Sometimes, such as on “Big Wings,” he succeeds to a degree (even though Wayne begins to sound more like Thugger doing a Weezy impersonation versus Wayne being Auto-Tune Wayne). More often than not, though, he just has that “bruh, stop. You’re rich. You don’t need to keep doing this” vibe going for him.

I think that part of the “weakest” factor that I’ve attached to this project is this: No Ceilings OG was actually a damn good mixtape. I had that joint in rotation for a year, at least. Word of advice, to all rappers: If you drop a dope-ass album/mixtape/whatever, please make sure that, if you ever do a “sequel” to it, the sequel still goes hard. Otherwise, you’re shitting on the legacy that the original made. NC2 is quite asswater.

Mayday (I think that’s his name, since his mixtapes usually feature a million and one tags) – Hunger Pains

Unless they deserve it. Then, by all means, let’s eat them alive.

He has a decent ear for beats (most of them are really just remixes/sound-alikes of industry beats, though, so…) and he has some decent bars. However, those decent bars and okay beats are overshadowed by his humdrum delivery. It makes me doubt whether or not he believes what he’s saying. And if he doesn’t believe it, how the fuck am I supposed to believe it? If you’re an indie artist, even if your bars aren’t the best, find a way to keep folks interested and invested in what you’re saying–even if it’s complete bullshit.

Would I prefer my indie artists to be real, lyrical, and entertaining? Fuck, yes. I prefer all my artists like that. But, if you can’t be lyrical, at least be entertaining. If you’re fake with boring, ho-hum bars? Man, you know you fucked up, right?

Young Jeezy – I Am The Street Dream

As a disclaimer, I’m a Jeezy fan. “Standing Ovation” is still one of the most-hype songs I’ve heard. Shit, I even freestyled over it to diss a bunch of artists I had beef with over a decade ago, during my J dot Speed days. However, I’m not sure what’s worse? Peak-era DJ Drama and ’em yelling over everything on this project or the fact that it feels really unnecessary, to the point I can’t finish it. “I Do This” is pretty classic mid-2000s Jeezy. But just about everything else feels like it was cut off TM101, TM102, or even Jeezy’s 2003 album Come Shop wit Me.
Plies – Ain’t No Mixtape Bih 2

I know, I know. “Speed, you’re a internet rap-loving ass nigga. Plies is for us real niggas.” I guess I’m fake as shit because I can’t rock with this project. Now, I can’t deny “Ran Off on da Plug Twice”/”Ritz Carlton.” It’s a cool track. It’s a party-starter. But, there’s the problem. Plies ends up getting waxed by the other artists on the project. Plus, the rest of the project ends up getting stuck in neutral. I think that Plies has put out some cool music. He’s even put in some women’s heads that, when they’ve sucked me, they’ve gotta suck me with ice (which is, kind of an okay thing). But, as a whole? This mixtape is, well, shidddd. Just like with Wayne, Ain’t No Mixtape Bih 1 was decent for what it was. This one? Nah.

Wiz Khalifa – Prince of the City

This is a weird choice, I’ll admit. Why? Well, I actually like it. But, he’s got that bargain-bin Juelz feel for a lot of it. Lyrically, he’s on point for most of it. But, I don’t know. I can’t shake the feeling that Wiz was just trying to mimic what was hot at the time (and Dipset was hot at the time) like Kendrick Lamar with a lot of his earlier K Dot stuff. His (real) voice doesn’t shine through and we’re left with Wiz Khalifa giving us his best Dipset–or even Young Gunz–impression. I guess, to be fair, he was only 17, 18 or so when this joint dropped. Most folks around that age, lyrically and otherwise, are just finding their voices…

Romeo – I Am No Limit

Now, we can say all we want about Bow Wow. However, he knew his lane. Romeo Miller, before he started repping ICDC College, dropped I Am No Limit, where he threatens to go all C-Murder on folks. Now, I love No Limit albums. Pen and Pixel covers were a major part of my childhood. This dumpster dive, though? Master P should’ve told his son to step his bars up, toss the ripped-from-Soundclick beats, and not do a Weezy-meets-Silkk tha Shocker impersonation.

While it’s still better than Ma$e performing in front of five people and watching his social media followers go from, like, two million to two hundred, it’s still…no. I mean, it’s Ma$e doing his best Fabolous doing his best Ma$e impersonation while them both doing their best 50 Cent impersonation, circa 2003 while dissing Cam’Ron and such. Plus, the original cover of the project? Photoshop fails aside, the project would’ve been decent without Ma$e putting the Murda back on and Whoo Kid’s million and three ad-libs over the album.