Gainax (and Gainax offspring) has a habit of brainbleaching the fuck out of its anime, and fans of said anime.

From Eva‘s original ending to the Gunbuster OVA to the abrupt coming-of-age (pun intended) of Naota in FLCL to Rebuild of Evangelion‘s purported lack of an end, if you want mindfucks, choose Gainax. Seriously guys! It’s been three years at this point. Can we just give up hope of Evangelion: Final is ever going to be a thing? Anno himself has seemingly moved on from the Rebuild series in some ways. Either you choose Gainax, or you go to something borderline hilarious-meets-beautifully-psychotic-as-donkey-turds as Elfen Lied. But, one thing they know how to do well is, before the brainbleach, they’ve made some damn good anime. 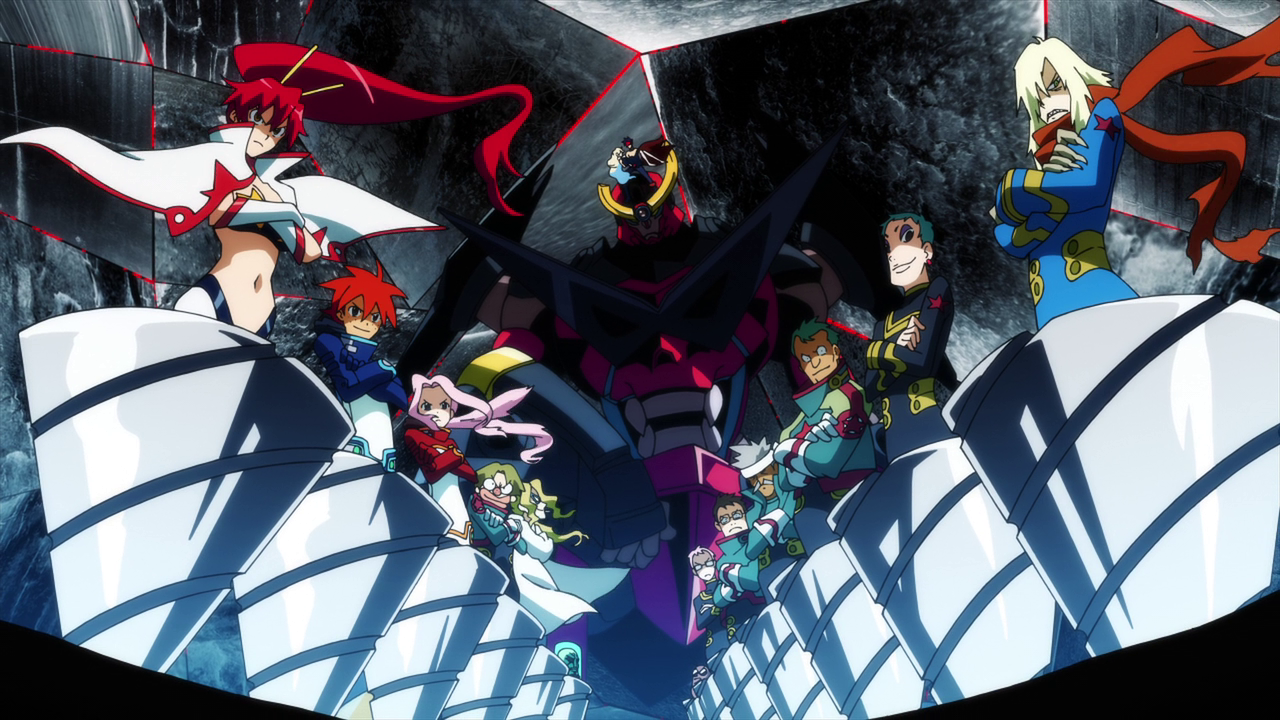 I want to highlight the Teen Titans Go of Gainax (and I mean that in a good way. Put the pitchforks down), the series that Kill la Kill owes a lot of its batshit craziness to (mainly because the folks who worked on it founded Trigger a few years later). No, we’re not talking TTGL. I love TTGL, but we’ve beat the story of Kamina and Simon to a pulp on this site.
Instead, let’s talk Panty & Stocking with Garterbelt.

I got introduced to this series in 2012 through Drizzle Sez. Drizzle Sez and the rest of the Profound Assholes know their anime. The premise is simple. Well, simple enough.
Two fallen angels, Panty and Stocking, combat shit monsters, high school elections, devil spawn, and more in hopes of getting back into God’s good graces. They’re led by a BDSM-loving, afro-having, jive-spewing priest named Garterbelt (he gets a pass in being outright “racist,” since pretty much everything in the show is played for outlandish laughs) and undergo transformation sequences that’d make Ryuko Matoi, post-Super Saiyan Senketsu, blush.
Yep. It’s one of those anime.
What makes PSG stand out, for me, is its blatant parody of pop culture. From Americanime like Teen Titans and Avatar: The Last Airbender to other anime to late-night TV and politics. Nothing’s sacred. For instance, let’s talk the episode setup. It felt like it was, in some ways, meant as a fuck you to convention (like the series itself is). Episodes are split up into two, usually non-related, segments and are just as interested in making you laugh at the absurdity as they are making you “ooh” and “aah.” And that’s sexual and nonsexual oohing and aahing, by the way.
For instance, remember I said that the duo of Panty (the hypersexual one) and Stocking (the foodie) had a pretty NSFW transformation sequence? Yeah…it literally showcases realistically drawn versions of the duo (the rest of the series is drawn in a somewhat chibi style that also pays homage to shows like The Powerpuff Girls and Dexter’s Laboratory) stripping and removing said panties and stockings to brandish big-ass guns.
Again, it’s one of those anime. 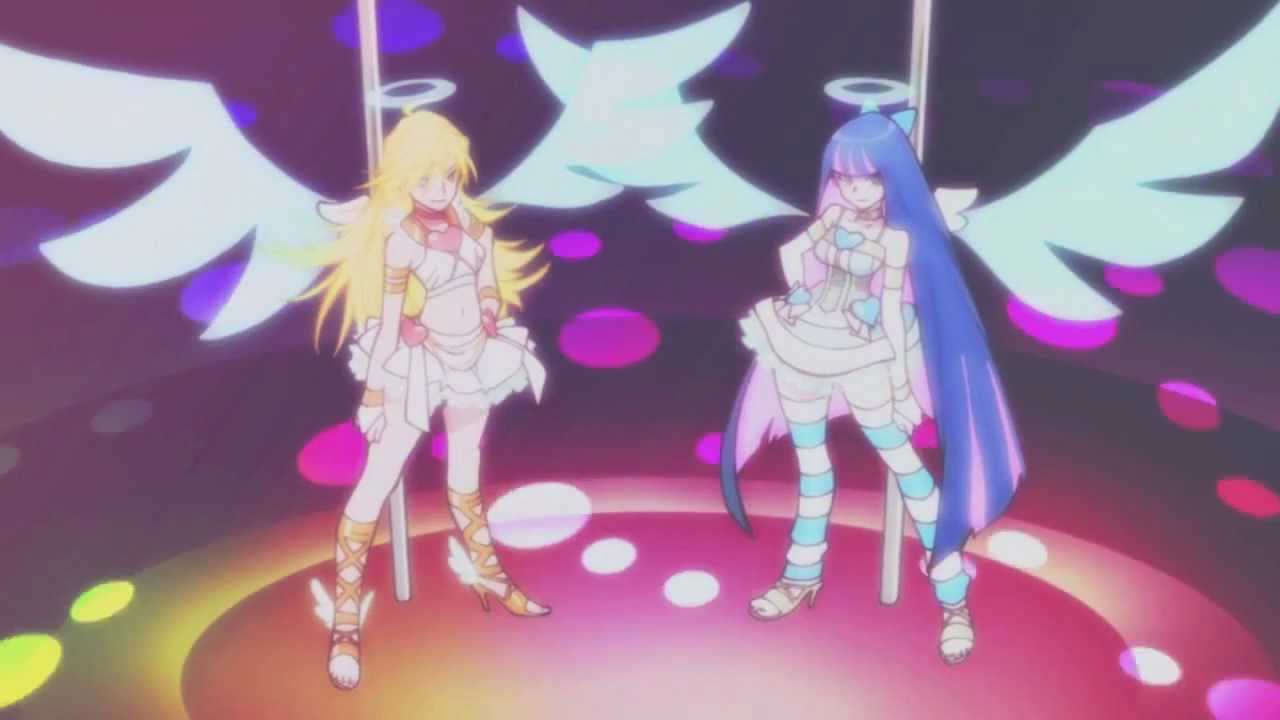 Instead of just promising fan service (hi Misato), it drenches every orifice in fan service. Twice. It takes the concept of Gainaxing and, instead of jiggly boobs, applies it to just sexuality in general. I mean, there’re segments of the series revolving around Panty taking a guy’s virginity to save the world through a super-weapon unsheathed by fucking the shit out of someone and not just having it be about the physical aspect of sex.
It’s really a mindfuck of a show. But, unlike Eva, it knows it’s a mindfuck and doesn’t try to hide how crazy it is through faux-psychoanalytical garbage or anything. It’s a series about two fallen angels slapping the world in the dick in hopes of being received well by God…and getting a couple jollies of their own on the way. If you enjoy the hotheadedness of TTGL and wish that it had Kill la Kill‘s sexy factor with a soundtrack that’s parts EDM and parts One-Punch Man, you’ll enjoy PSG. Otherwise, you’re probably looking in the wrong place for anime.
So, where does the Gainax brainbleach come in? Where else but the finale. I won’t spoil it for anyone who hasn’t treated themselves to this shitshow (I mean that in a good way), but it’s pretty WTF-worthy. But, even with that in mind, I’ve definitely seen worse anime (and have seen few funnier and/or raunchier).

One thought on “Quickie Retro Review: Panty & Stocking with Garterbelt”