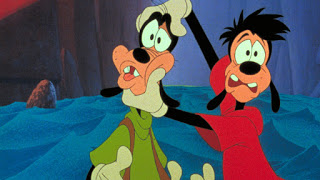 So, aside from the U.S. sweeping medals in Rio, a sports tidbit has come out insinuating that Tim Tebow wants to play baseball.

And I want to hit a home run at Camden Yards during Game Seven of the 2016 World Series to win the championship for Baltimore. And I want to do it in real life, not just in MLB The Show 16.

I also, while we’re on dreams, want to go platinum for my albums. Speaking of which, The Sorest Loser.

Now, I’m not here to dump on Tebow. If he feels he’s got the skills to get a MLB job, screw it. Who am I to stomp on his dreams?

However, he’s been out of baseball for over a decade. Heck, he’s been out of football for about a year (even though he looked decent enough last preseason). On top of this, he’ll be 29 at the next couple days (in other words, he’s about a year older than me). Baseballers–and sports guys in general–tend to decline the older they get. So, while it may be fun to imagine Tebow pulling a Jim Morris or something and doing the damn thing, it’s also just as likely he’ll “fail” at baseball. Now, I put fail in quotes because even if he gets a minor league deal, he’s accomplished more than a lot of folks can. But, if he doesn’t get past the minors. he’ll probably feel like he failed.

So, what do I think? Do I think he’s got a shot? Again, who am I to stomp on his dreams? If he’s got the skills needed, and some team is willing to take a shot? Why not? He’s already proven he can do some pretty superhuman things, probably through his conditioning and devoutness (not even saying that as a joke; God is powerful, man). Why not baseball? I mean, Rick Ankiel reinvented himself as an outfielder after failing as a pitcher. And he homered in his first MLB at-bat as an outfielder.

Sure, at least Ankiel was in MLB-level baseball before he made the switch. But, if he can do it, why not Tebow, even if it’s just for a couple of games? I think it may work for him…I’ve got faith.