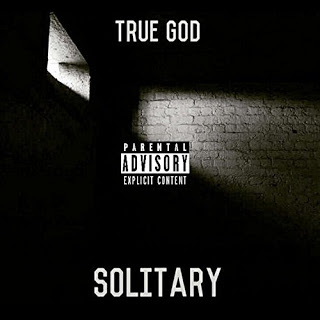 If Jay-Z’s 4:44 was (possibly) his fourth iteration in the Blueprint series, then True God’s Solitary serves as the de facto “Soul Revival 4.” Spitting some of the most-personal bars of his career, True takes listeners on a journey through the eyes of a man who wants to be left alone–but still wants to be among people (specifically, his daughter, Zuri). Trying to be a better man and father in the face of fuckery (both self-created and otherwise) is what this project is mainly about, and it’s where True shines through the best. Over soulful flips and two-part tracks, listeners get about 50 minutes of unfiltered True God lyricism about his current situations. From the deterioration of his mother’s health to the deterioration of some friendships to, again, his desire to be in his daughter’s life, we get it all laid out there.
I had the chance to do a small amount of post-production work on this album. Every time I’d load something up from it, I was taken by surprise at how authentic and vulnerable True presented himself. I even got a barb in the process. And it wasn’t one out of straight dissing; it was an honest attempt by True to understand my situation(s). For being so honest and vulnerable, I commend him because there aren’t a lot of artists who’ll completely bare their entire soul for the world to see. There are less artists that’d do that and not worry about how they’re perceived in the aftermath. That, for me, makes the project stronger as well. But, enough of me giving background.
The album is something that can’t really be broken down into “oh, this song is cool.” It’s more about the overall picture. And that picture is one that’s bleak, but still showcases some glimmers of hope. When True raps about his mother, for instance, we get her illnesses. But, we also see that she’s still thriving. When True raps about failed relationships, we also see that he still desires love and wants to give love to those who he feels need it. When True discusses the situations with DAR, growing his site, and other issues, there’s a plethora of tough love presented in his bars.
This may be one of the last True God albums we get. In speaking with him about the project, he told me something. If he can work something out with Zuri’s mother, he’ll have less pain and energy to put out there in music. Instead, even more energy’ll be devoted to being the father his daughter deserves. So, check it out below–especially if what I just said holds true–and, as always, support dope music in all its forms.