Skip to content
It’s been three months since Son of the Beast and I realize that I haven’t done an official “look into the process” piece for it. 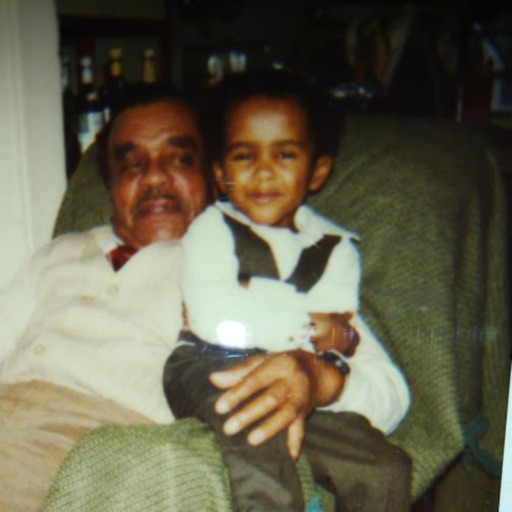 Part of that is timing (the album released around the time of some personal upheaval, as discussed in my talk with True and Apollo a few weeks ago), part of that is that I also began talking about the album on other platforms and in other ways (interviews, Instagram, Twitter, and so on). However, there’s nothing like a good ol’ fashioned discussion about what makes this project special to me. It’s kind of a tradition around these parts.

Apologies in advance if it rambles.

As with my entire line of projects, this is part of a trilogy of albums that I’m (retroactively) calling the “Life After Trilogy,” as the three albums in it (Mama Young’s Son, Papa Speed’s Boys, and Son of the Beast all deal with my life after pretty big events. The difference is this: where MYS and PSB dealt with self-evolution after an event, be it my mother’s death and healing through that or my kids’ births, SOTB deals more with acknowledging events in my life and rejecting the negativity surrounding them. The project is held together by a desire to not end up like my father. It’s also held together by my choice to bear my soul, yet again, and talk about a slew of personal things, from job loss to mental illness to abuse suffered as a kid and how all those things shaped me and how they continue to shape me.

It’s the polar opposite of Papa Speed’s Boys in that it’s pretty dark on its surface and throughout its essence. PSB was a project that was celebratory of my children and how they’ve helped me become a better person (it was also short and bounced from place to place). SOTB was more of a focused project that spoke on my father and how his negativity and the negativity around me growing up helped forge a better person. There’s still a focus on self-improvement and dealing with insanity in life, but it’s less celebratory and more cautious. A prime example of this appears throughout the song “Let A Nigga Vent.”

On this one, I took three moments that helped shape me (my time with Ms. Pink Jacket, my father and his demons, and a series of events where I felt helpless and somewhat betrayed by my mother). I came to terms with how I had fault in some of it, such as my untreated depression in high school and how it led me to latch onto Ms. Pink Jacket. However, I also realized that I couldn’t keep beating myself up if I wanted to heal and truly evolve to the man I want and need to be. It’s celebratory in the sense of I’m saying “hey look, Ma! I made it [through the storm].” But, it acknowledges that I have to be cognizant of my life and my choices, such as choosing not to drink, if I want to better myself and, in turn, better my kids and their lives.

The album was also split up into two parts, both of which were ever-so-slightly based around the character development of My Hero Academia characters Izuku Midoriya and Shoto Todoroki. It’s mainly because, during my personal upheaval and my work on this album, I binged the series and saw some parallels between myself and the two characters mentioned. Granted, my father didn’t push me to the point that it drove my mother to scald me with boiling water and I don’t have a million and one superpowers. However, as with both characters, I accepted that if I wanted to better myself, I’d have to let go and lay it all out there. I’d have to speak on and deal with, my love, my anger, and all of my sorrow (and yes, I know that that’s G Gundam). Additionally, the fight scene between Todoroki and Midoriya at the UA Festival is one of my favorite scenes of the series thus far and it helped evolve both characters to where they currently are (both in the manga and in the anime).

The Todoroki section goes through the first six or so songs and deals with some resentment, some arrogance, some dismissive thoughts and behaviors. It also details some of my traumas. However, I realize that, by the time “Son of the Beast” comes around, I’m better than the messed-up situations I’ve dealt with. Additionally I accept my upbringing and I accept father as being someone who’s influenced me, someone I succeed in spite of/despite his efforts to bring me down.

The Midoriya section is a bit more lighthearted (think Baltimore Commercial Break minus the “Standard Carpet” jingle flip). It features some newfound confidence in myself and my life, along with a renewed will to live and live my best life. The album’s closer, “Love Me (Young Midoriya)” focuses on tying everything I’ve put out there musically over the past decade or so up nicely. Yes, it’s meant as a goodbye of sorts. As I’ve said, I don’t know if I have another album in me and I’m not going to go out here and force stuff just for the sake of “therapy” or appeasing some mystical ideal.