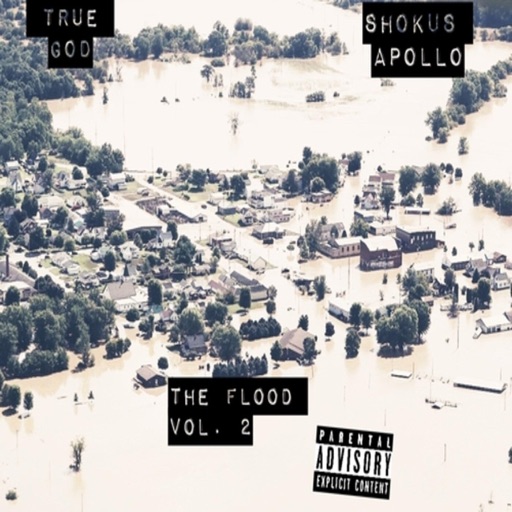 True God and Shokus Apollo are two of my oldest friends. We’ve always been able to bond over the music, even when I made pre-Soundcloud rap beats and we all recorded in basements and dorm rooms. It’s been amazing to see those two grow their creativity to new levels, as they’ve matured as artists and people. It may seem like a biased statement when I say this, but I truly believe they’re some of the best artists I’ve come across.

This past weekend, the duo, otherwise known as HS, dropped their newest project, The Flood Vol. 2. The project hits a few different wavelengths, as it combines True’s crafty ability to flow on any song you give him and Apollo’s ability to create a vibe on anything he hops on. As per the usual with Team DAR releases, it’s not just about the vibe. Both True and Apollo deliver the bars as well. However, there’s always a different energy surrounding HS releases. It’s less about the sport and more about the art behind the music.

You give a track like “R U Up Part 2” to some artists and they’ll fumble the bag and just make it about sex. With HS, there’s sex but there’s also sensuality. True was able to work on this while crafting his last(?) solo project, which is due out this Friday. Check out The Flood Vol. 2 below via song.link and remember to support dope music in all its forms.