I promise you, though. I won’t completely go on a three-thousand-word tangent about the Ravens’ season. However, it has a lot in common with the early seasons of one of the greatest series ever released, The Wire.

To quote Drizzle Sez, this past season was the burner year for the Baltimore Ravens. I don’t think I’ve got to explain what a burner is. It became, effectively, a burner after the team started 1-3 and lost Terrell Suggs early on. Fans, in the role of Wire character Bubbles, we tried to find some sort of value in this year’s squad–even though we knew it was a throwaway season. Sometimes, we’d get lucky, like finding Kaelin Clay in a heap and turning him into a viable return man or getting Kamar Aiken to have a breakout season. Other times, such as the fact that, by the end of the season, at least twenty players were on Injury Reserve, we tossed crap back into the streets and tried to start anew.

Around the time of Steve Smith, Sr’s season-ending ACL injury, the Ravens staff played the role of the Barksdale crew. Ozzie Newsome and company called around everywhere, sliding whatever scraps of vital product they had in an effort to recoup. Sometimes, it succeeded and the Ravens were able to show signs of their predecessors, of their glory days. But, more often than not, Ravens fans played the role of the common (football) junkie. We knew the product was inferior, for about seventy-five reasons, but we still needed a taste.

Still better than being akin to Wallace, I guess. 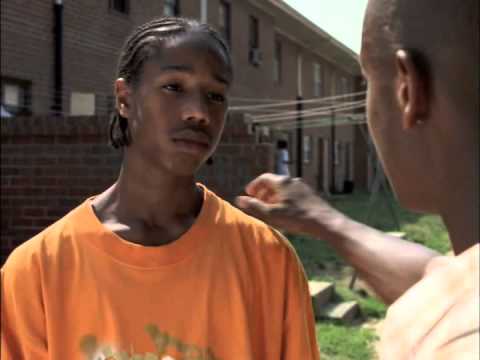 But, just like the drug game as portrayed in the classic series, the Ravens will bounce back. Can they put their eggs in one basket like they’ve done in the past? Well, not exactly. This season was a fluke year, but we do have to realize that many of the components of the Ravens squad are getting older. When the 2016 season begins, Terrell Suggs will be 34, Joe Flacco 31, and Triple S (probably not a real nickname, but screw it) will be 37. The team itself was one of the older teams last year. They were wise and experienced, but experience will only get you but so far when everyone around you’s dropping like flies.

However, the youngsters on this team, like Michael Lee, will learn from the mistakes and missteps of this year’s squad and will prosper. Aiken, Gillmore, and more will flourish with another year under their belts. Plus, they’ll know how to play man (men?) down. They won’t just be just boys anymore…even though a knee will still be a knee.

Here’s to 2016, Ravens. Go forth and be awesome. Avenge this crapshoot of a season.