SPOILERS!!! SPOILERS!!! THERE ARE SPOILERS TO THE FIRST SEASON OF DEGRASSI: NEXT CLASS. IF YOU HAVEN’T WATCHED, TURN BACK NOW.

A hidden (kind of, but not really–especially if you’ve listened to me rap since my UMD days) fact of mine is that I enjoy watching Degrassi. It’s kind of a guilty pleasure in that way that some folks watch Saved by the Bell or something like that. Thankfully, unlike SBTB, it’s not always outright cheese central. In fact, some Degrassi High episodes, even with the 80s intro, still hold up pretty well. But, I digress.

During the snowstorm of 2016, I decided to binge watch the new series, Degrassi: Next Class on Netflix.

I was like “hey, I’m snowed in. I’ve watched just about every other Netflix ‘original,’ so why not give my favorite fictional Canadian community school a hat tip?” Truthfully, I didn’t really expect much, as I was unfamiliar with the characters presented. I mean, the last season I watched involved the Drew kid and his gang-affiliated girlfriend actually killing someone in the gang because bricks in television are like the dreaded strangle maneuver. One hit and you’re toast. 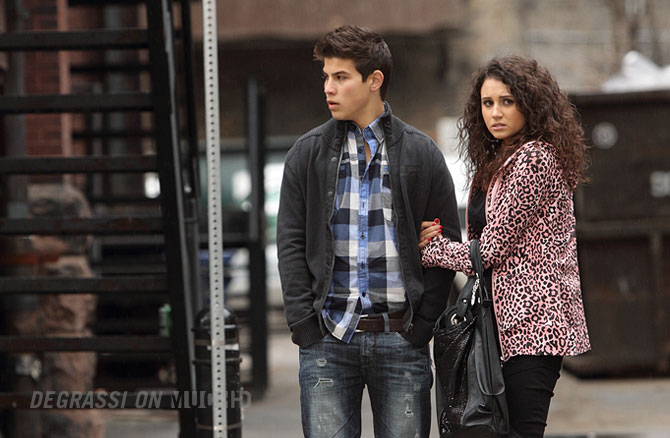 But, yeah. I’m a “hey, I remember when Jimmy could actually walk and was with Ashley” Degrassi alum. I absolutely loved the Adam storyline (for those who don’t remember/are unaware, Adam was a transgendered student–I believe he was the first trans teenage character on television). However, I wasn’t that well-versed in the series post-Spinner and Emma getting married (seriously, what the hell, Degrassi?) So, imagine my surprise when the Netflix series, even though it picks up where season 14 left off, was pretty accepting of newbies and re-entering alum. Once again, I warn you…

SPOILERS!!! SPOILERS!!! THERE ARE SPOILERS TO THE FIRST SEASON OF DEGRASSI: NEXT CLASS. IF YOU HAVEN’T WATCHED, TURN BACK NOW.

The characters were likable and I could, even as an almost 28-year-old, relate to their problems. I mean, who hasn’t had that awkward moment with someone they cared about? Who hasn’t dealt with school violence? Who hasn’t seen incidents like Sandy Hook and Columbine play out, either through social media, real-time experience (sadly) or whatever? The situations felt real and a breakup wasn’t treated like the end of the world. While there was a fair share of on-the-nose dialogue, it didn’t gum up the works like, say, The Secret Life of the American Teenager.

Seriously, though. Go watch that show and make a drinking game out of how many times the characters say the Topic of the Day. You’ll be dead by the halfway point. That show has the capability to be SBTB-esque in its cheesy appeal. But, we’re not here to talk about the show that made Shailene Woodley into a household name (she’s a great actress by the way). We’re talking “WHATEVER IT TAKES!”

The social media aspect of the show was integrated pretty smoothly; it didn’t feel like, for instance, older Law and Order: SVU episodes where Benson and company had some fake-looking Snapchat that acted nothing like the real thing. Additionally, the integration of troll tactics (doxxing, swatting, etc.) worked so well into the main storyline of the season.

The musical selections were pretty decent as well, although I’m not a fan of the “Shake It Off”-esque remix of the theme. Incidental music was, for me, always one of Degrassi‘s strong suits and that tradition continues here. For instance, kudos for using Joywave’s “Tongues” in the series. Absolutely love the song and its quirky nature fits the scene(s?) it was used in.

However, I wanted to bang my head against a wall by the fifth time I heard “Not Okay,” the de facto secondary theme of the series thus far. 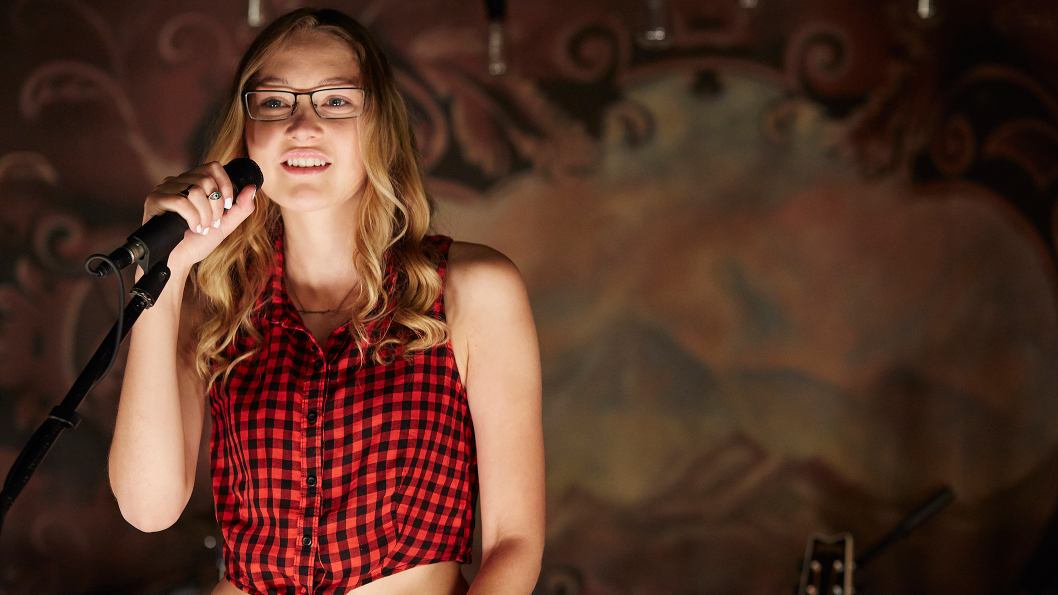 It’s not really because the song is bad. In fact, I love the message and Olivia Scriven, the actress who plays main character Maya, has a cool voice. It’s kind of punk-rocky with a bit of pop sensibility. But, the song itself is so damned infectious and they, after its debut in “#NotOkay,” have used it seemingly once an episode. It feels as if the producers are trying to force that Drake-level success out of Scriven. Would I love to see Olivia Scriven drop an album and it sell like Canadian Bacon? Hell, yeah. She’s got the tools to do it. But, I want it to happen organically in a way that doesn’t feel forced. But…to counteract that, you could argue that the song is a part of the series and needs to be forced since Maya herself has been, kind of, forced into the role of feminist activist after kind of just writing and singing the song to say “screw you” to hecklers…who happened to be male d-bags.

Either way, I like the song; just wish they’d give Maya some new material (that was actually a point in one of the episodes this season, “#ThisCouldBeUsButYouPlayin.” So, I think the writers know where they’re going…I hope).

But, speaking of the song–and the cyberbullying-meets-Mansplaining-meets-GamerGate storyline it belongs to–I’d love to see more about other characters. For instance, Grace has cystic fibrosis. Even though she’s been persuaded to not just bitch out and die because she gave up, she’s still dying. I’d love to hear more about her character in Next Class other than her possibly being gay, but then not, and crushing on Maya’s boyfriend Zig. She’s a strong character that, for me, gets reduced to a few snarky “counterculture” remarks and her kiss(es) with Zoe. At least we started to get more hints about the pill-popping, possibly sociopathic Esme (who seems hellbent on destroying Miles’ life on some “Misery loves company” ish).

I guess that’s always the problem with Degrassi, especially after they started expanding the cast of characters. You’ll get some pretty juicy B-and-C-plots that are, while sometimes flawed, still pretty realistic. However, they often get swept under the rug for the A-plot (or get brought back up seasons later after people forgot). This season’s A-plot is, again, Maya dealing with the feminist support of “Not Okay,” the use of the song to shut down Degrassi’s gaming club (because sexism in video games), and the subsequent trolling by the gaming club to Maya–which ultimately ends the season with a gaming club member, Hunter (Miles’ younger brother) almost going full Rick on the school. 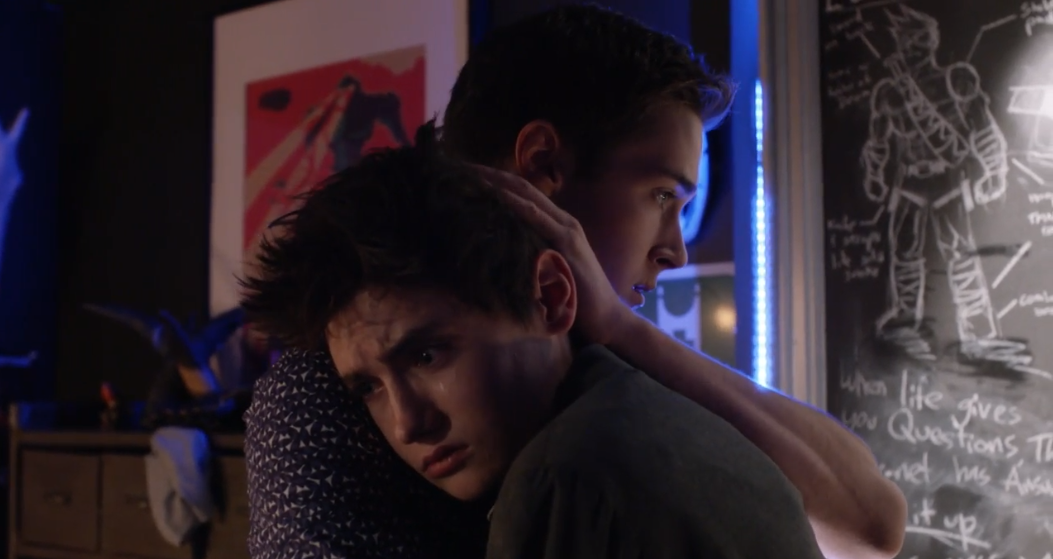 I hope that next season does deal a bit more with the secondary/not-Maya-related characters more. However, even with its flaws, I’m loving the Next Class. They’re still not competing with DTNG, but…they aight.