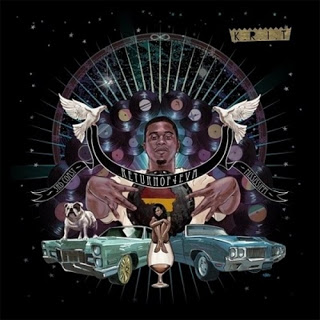 In 2011, I went through a lot of change. From the birth of my son to dealing with the repercussions of “emotional cheating” to Drizzle graduating and both of us going through our own sets of issues, I experienced a plethora of crazy moments. When I heard that Big K.R.I.T. had another project on the way, I was elated. Over the year leading up to its release (including the release of KRIT Wuz Here), Krizzle became one of my favorite artists. The way he blended Southern Hospitality with booming beats and introspective lyricism was, for me, top-notch. Then, I actually heard R4 and my mind was blown from how much he’d grown even over the course of a year. This project holds a special place in my heart for several reasons that I’ll get into as we progress.

Not only was it released four years exactly before Mama Young passed, but “The Vent” actually helped me deal with her death. I’ve spoken about the instrumental to that track previously, but the full product? When I first heard it, I cried legitimate tears. It was that beautiful to me. But, before Mama Young, this track helped me cope with the loss of a high school friend, Maranda. So, I consider this one to be a top-notch song for dealing with loss, grief, or just an overall crappy situation. We all need that time to vent our sadness and frustration with the craziness of the world.

The project, however, wasn’t just vents about loss and gains, even thought the project dealt with life being an “EQ of highs and lows.”

The project was about a man trying to find his place in the world, while still being true to himself. In 2011, with all the wildness and change that went on, I could definitely relate. Because of this, R4 became one of K.R.I.T.’s best projects from a personal standpoint and one of the most honest albums I’d ever heard–even six years later. For every song about being a pimp-type boss playa, there was a moment where K.R.I.T. bore his soul and showed us that, regardless of where we came from, we all had similar goals and similar struggles. It was that communication with “the people” that made K.R.I.T. one of my favorite artists.

On a personal level, this album changed my life. During that time of change, I was also dealing with being improperly medicated for my bipolar disorder. Because of that, I felt even more hopeless for my situation(s). I was suicidal, and even attempted suicide twice during that year. But, hearing K.R.I.T. rap helped to bring me out of my self-destructive mindset. Sure, I still needed proper dosages of the right medications, but K.R.I.T. was my musical therapy. Hell, the man even helped shaped my recording “career,” so I owe a lot to him and this project for being so honest with itself.
It never paraded around like K.R.I.T. knew all the answers. It presented his own thoughts and philosophies on his own situations and said “hey, if you’re dealing with some insanity, this may help heal your soul.” And, for me, it did–several times. So, in short, this project was perfect to me because of its mix of several sounds, its truth, and its ability to keep me from going any further off the deep end.
Thank you, K.R.I.T. (and thank you Drizzle for getting me a signed copy of the project).