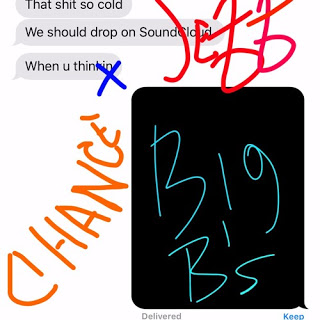 This one isn’t either Thug’s or Chance’s best work, but it’s catchy enough. That’s got to be good for something, right? Jokes aside, I’m not a big fan of the production on it, as it sounds…well, it sounds very “Soundcloud-like.” That’s to say that it has moments of dopeness, but it also feels like everything else out there. Also, someone needs to keep Chance away from singing without Auto-Tune (I’m saying this as a guy who likes his music and has also tried to “sang” when my vocal cords wouldn’t cooperate). I get why he does it, but for me, it took me out of the vibe of the song when I heard his sing-songy components of the song.

I did, however, like Thug getting a bit unhinged on this one, flow-wise. Additionally, Chance’s actual rapping was cool and had some decent bars within it. Again, this is far from either artists’ best work (it feels like a preview of things to come and not something fully thought out), but it’s not complete ass, either. So, check it out below and support dope music in all its forms.