Skip to content
Stick with me; I know the title reads weirdly. 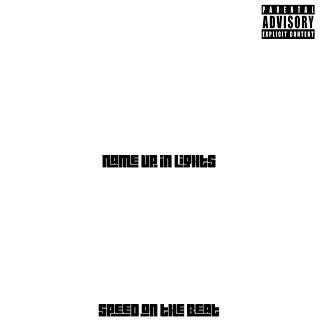 Years ago, during my UMD days, I played around with a piano-heavy instrumental I’d produced and recorded a song called “Disco Demolition Night,” a song that was anti-mainstream hip-hop. Years later (read: somewhere between 2012 and 2017), I redid that instrumental and got what you now can call “Name Up In Lights,” the first “new” Speed on the Beat recording since my final touches on The Sorest Loser. While I wanted the track to release on my 29th birthday (tomorrow), it happens that it shares a birthday with Brain Rapp’s Rollercoaster project (which I’ll have a piece on shortly), so that means something special to me as well.

“Name Up In Lights” may be the start of a new wave of Speed on the Beat music, as discussed yesterday. I want to, if I were to come back to music, create tracks that are a bit less doom-and-gloom. And while the “oh damn, I’m struggling” aspect is still present in “Name,” there’s less of it and there’s actually a message behind it all that isn’t just “if you’re sick like me, get help like I have.” It’s not exactly pop-rap, but it’s not exactly the complete underground, lo-fi sound people are probably used to me having. It’s a new era and a new wave.

So, check it out on Spotify, Apple Music/iTunes, Tidal, and all those places and remember to support dope music in all its forms–even if it’s from a guy who may or may not be retired still.