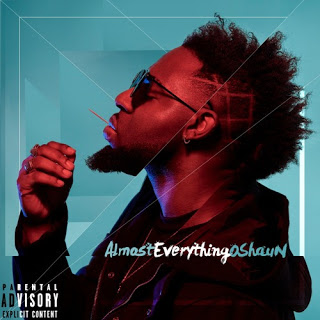 I’m not as familiar with the GTA as much as, say, some of my Boi-1da.com compatriots. I know Drake, Weeknd, Alessia Cara, and some other talents. However, if the sound has artists like EverythingOShauN in it, I’m sold that this area is one of the most-talented and diverse regions in the music scene.

Shaun’s Almost Everything is a project that sees the Toronto-area artist spilling his soul through melodic confessions akin to Usher on Confessions at some points (see “Blind,” for example, for an example of this comparison) and Drake-esque in others. When he’s not confessing, he’s showcasing his swagger, while still showing his soul and vices. However, he manages to make every word his own. That’s something that’s missing in the game. See, you can pick up waves from other artists. But, if you’re not evolving them or making them your own, what’s the point?

Check out Almost Everything below and support dope music in all its forms.