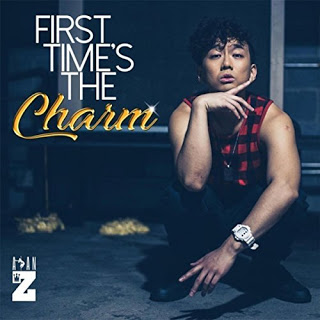 Artist Alan Z, on the track “No Handouts,” says that he never fit in, so he had to stand out. By being a singer and a rapper, he’s already accomplished that in some ways. But, then when you get into the subject matter, it’s less about being the sore thumb and more about being the fix to the sore thumb of mainstream hip-hop, even through utilizing what makes mainstream hip-hop so popular.

An Asian-American artist who grew up in Takoma Park, MD then burst onto the Internet scene through his bars and infectious personality, Alan Z first crossed my desk thanks to a brother/fellow rhymesayer by the name of Steve Omari. Steve and I have similar tastes in music, so I said “aight, lemme peep this.” Even back then, making stripper-friendly anthems, I saw something in Alan that was more than what could’ve been expected. So, when his first official project dropped, I said “let me check this out and give it my full attention.” Now, it probably won’t usurp K.R.I.T.’s project as my go-to these past couple weeks; I’m still fanboying the fuck out of that album. However, First is still a great project that introduces us to Alan Z as a dual-threat artist. He’s got bars and a command over what makes a song pop.

My main gripe, though, is that he bookends the project with bars upon bars of differentiating material, then comes in the middle with the loverman tracks. Now, I like songs such as “Distance” and “Touch and Go.” They’re infectious and have a bit of that old-school Drake-ish feel to them, without the “I’m gonna simp over this girl who doesn’t really want me for anything but my money” vibes. I just wanted more of the bars upon bars artist I heard in the intro and outro. However, I get why an album of just bars with no breaks may make you mad.

Nevertheless, the project is a well put-together piece of music that deserves your attention if you need a break from the stuff you’re hearing on your TL. Check it out below and remember to support dope music in all its forms.