Skip to content
You’re probably expecting a whole-ass SOTBMusic review of Chris Brown’s album. Sorry to disappoint. I will talk on it, though, on some one-listen review vibes (sorry Yoh; I’m gonna borrow your M.O. for a bit…kinda). 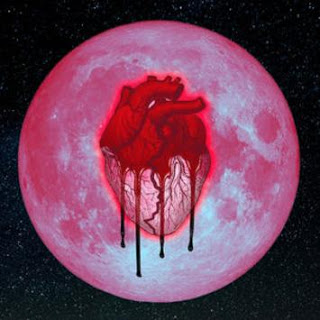 Heartbreak on a Full Moon. Let’s talk about it. It’s way too long and full of tracks that blend together, but not in a good way. If you don’t have three hours to devote to it, skip it. You could also do the whole playlist thing, which is probably what this album is made for. But, if you’re not ready to hear three hours of Chris Brown (with some guests!), you’re probably better off avoiding it. To be quite honest, I didn’t want to finish the whole thing. I did, but it wasn’t really a great experience. You know how when you finish a great album and your ears are ringing to the tune of the awesome? It’s kind of like the adrenaline you get from a sick-ass roller coaster. Well, I didn’t get that here.

The project could’ve been trimmed dramatically. I mean, K.R.I.T.’s album is the standard for 2010s double albums (note: at the moment); it did so by not being bloated. And while we are kind of talking different genres, the same methodology could’ve been applied.

I kind of get the logic behind it. Chris is probably thinking something along the lines of “lemme give people an assload of songs and I won’t have to work for a while so I can get my shit together and be there for my family (maybe).” And some of the songs are cool while some border on R. Kelly-levels of absurdity. Others still, they just exist. Overall, it just didn’t work for me for a wide variety of reasons, mainly the length the repetition of themes.

I’m sure that his personal issues also subconsciously played a part in me not rocking with this one as much as I could’ve (aside from its length). Now, I have my own demons. We all do. But, unlike Chris, I’ve been working to make myself a better man. It seems the only time we hear about Chris these days is when he’s screwing up and TMZ reports it.

Then again, if you’re taking TMZ as the barometer of “good behavior,” you’re messing up yourself. I know he’s doing some good in his life. However, there’s also a lot of negative stuff (stalking, abuse, etc.) he’s done that doesn’t really set the best example for folks. That, admittedly, puts a damper on my enjoyment of anything and everything he puts out. And yes, it’s the same way with folks that’ve done some of the same things before (and, unfortunately, after) Chris Brown. He’s human, sure. But, not all humans are Chris Browning. So, we need to hold bruh to a standard of getting his shit together. Why? Because if, as fans of music, we don’t do it (and his fans won’t do it), who the fuck else will?

My feelings about Chris Brown’s double (quadruple?) album aside, I do have a new tasty jam from CyHi The Prynce and Kanye West. 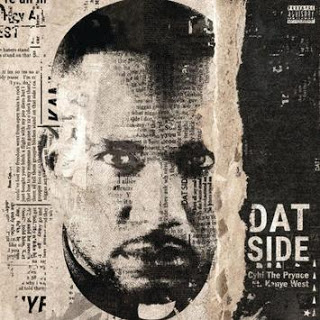 I’m not going to say “Oh, Kanye byke” or what-the-hell-ever. Even if parts of TLOP were all over the place and YEEZUS wasn’t all that good, he never truly left the subconscious of the average hip-hop fan. However, this is a pretty solid track and we got a pretty dope verse from Kanye as well (even though he repeated the “I’m the only Black guy in my neighborhood” motif twice within the verse). But, the real star here is CyHi as he slices through the piano-heavy track with great precision and dope bars to boot.

So, there you have it. An album that’s bloated and a track that doesn’t overstay its welcome and gives us dope vibes. But if the rest of the year looks like October did, we’ll get some more great energy musically. Support dope music in all its forms and all that…