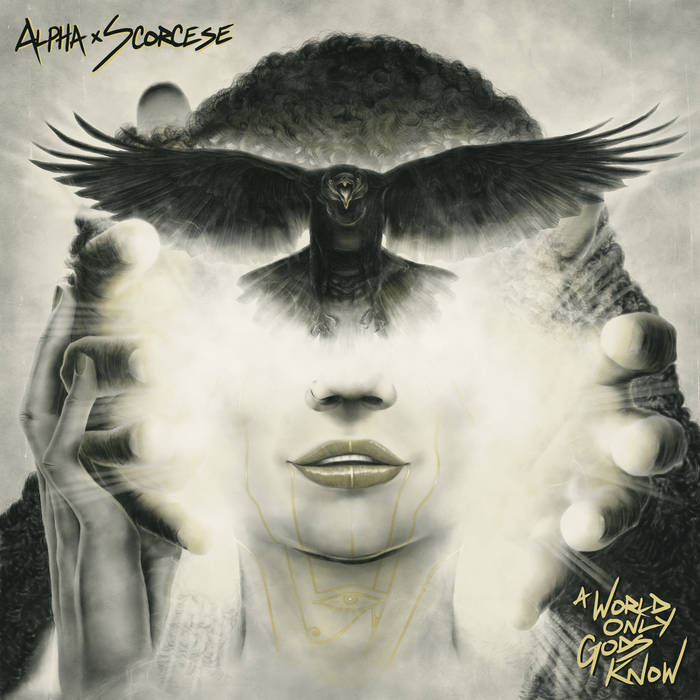 I first came into contact with Alpha x Scorcese’s Scorcese Shells on his 2 Man Power Trip project, one of a few wrestling-centric releases that arrived over the past few years. There, I saw a lot of potential for greatness even though the bars presented were definitely not slouch-worthy at all. Fast forward several years and I have his latest release, a collaborative effort with Dallas producer Alpha Davis that’s been in the works for quite some time.

A World Only Gods Know: The Documentary from Gods Know on Vimeo.

A World Only Gods Know is an effort that shows that aforementioned elevation into a mix of a mafioso type and a street poet all over the multilayered beats of a man who definitely has an ear for pulling them out of seemingly thin air. I’ll say this: hearing this project made me wanna dust off my laptop, pull up FL Studio, ACID, and some songs to sample…and have my way with them again. For those that know me, you should know that if something makes me want to rap again, it’s damned good. Scorcese’s bars are on point, his wordplay is top-notch, and his delivery over Alpha’s beats is great. From the intro track, “Hello World,” you know you’re getting something special on this project.

That’s before you even get into the guest spots on this album. Ranging from Sir Michael Rocks to (gasp) Killer Mike, the duo of Alpha and Scorcese definitely spared no expense here. And the end result is, again, something that’s a thing of beauty. Check out the project below, be sure to cop it when it officially releases tomorrow, and remember to support dope music in all its forms.

A World Only Gods Know by Alpha x Scorcese