Skip to content
As long as I’ve known Wayne Watts (that’s about twelve years, back to our days at UMD), the brother has been all about helping those around him better themselves. Heck, he was one of the artists I emulated during my UMD days, because he was humble but still dope with his music and message. That said, when he hit me up about his Dream Create Inspire Tour Kickstarter, I asked him straight-up “bruh, what do you need me to do?” 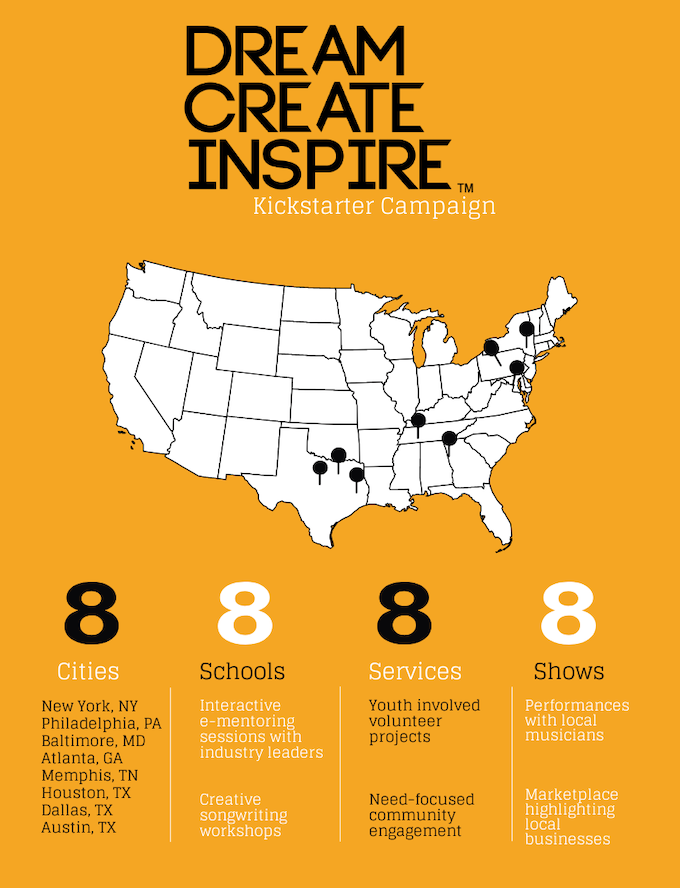 Wayne’s team, made up of people from all walks of life and all generations, is dedicated to uplifting people in various cities through music, promotion of small and local businesses, and community service. In the past couple days, the initiative has raised over half of its goal. Check out the video above and, if it’s something that gets you excited (which it should), support it. As I mentioned, Wayne’s a real stand-up dude, so I’m vouching for him and his initiative.