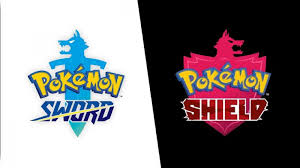 Over the past twenty-one years that I’ve been aware of Pokemon, I’ve always dreamed of playing a main entry in the series on a home console. Hell, I bought a GameCube for that long-time pipedream. Well, that, Super Mario Sunshine, and Smash Bros Melee. While Go is fun–and there are quite a few (licensed) Pokemon games on Android and iPhone–I still wanted a console version.

Sure, we got the Pokemon Colosseum games, and those were cool. However, those were sort of Kingdom Hearss meets Pokemon Go in some ways, especially the story. Last year, we got the Let’s Go series, which revamped the OG games for the Go generation. And let’s not forget the countless spin-offs, such as Snap, Stadium, and even Pokken (which was surprisingly deep for a Pokemon/Tekken meshup). All of that was great, but I still wanted a game where you ran around a region, battled trainers, fought in gyms, and caught all of the Shiny Legendary pocket monsters you could handle. Oh, and Pikachu.

You can never have too many Pikachu.

Today, Nintendo and Game Freak finally let us have our wish. We’re getting two full-fledged Switch titles this year, Sword and Shield.

The ten-year-old trainer in me just jumped for joy, Ash Ketchum-style.

While the new games’ name feels like an old tabletop RPG, I’m sure that things will be just as amazing as I’m thinking they are. I missed out on the Sun and Moon subseries, so I’m thankful that the new games won’t rely too heavily on the Alola Region, trials, and all that jazz. The previews of the new games look amazing and truly capture everything that we’ve come to love–and expect–from the series.

Colorful monsters that look like a mix of n a seven-year-old’s fever dream and real-life animals? Check.

Children venturing out on their own to capture hundreds of these monsters with the power of friendship and brute force? Check.

Trainers battling each other? Check.

Starter Pokemon that may become your mains, but will probably be usurped by much stronger Pokemon/more badass Pokemon by the end of the game? Check.

It’s all here, and it all looks good.

I guess, with the Switch being where it is at this point (and Pokemon interest being at a high point because of Go and Let’s Go), now’s as good of a time as any to catch ’em all.

I’m ready, Nintendo. Bring on the ‘mon. Now I can truly show my son the magic of the series.