Skip to content
Drizzle, Speed, and Gingawd talk Logic and Big K.R.I.T., two artists who–while they arose around the same time–are on different spectrums at this point. Let’s discuss.

Drizzle: So, there’s new K.R.I.T. and all is right in the world. 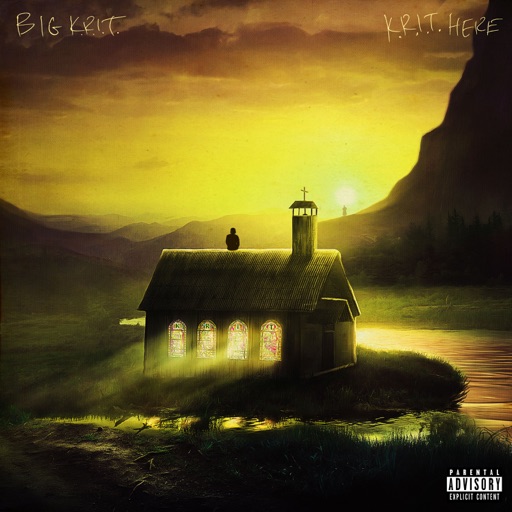 Drizzle: Also, Tee Grizzly’s album goes to for no real reason other than he can spit and he switches up flows every so often in his stuff.

Speed: That keeps things interesting to me. And about Krizzle, he jumped in his old-school time machine on that one.

Drizzle: It’s gonna be a fun summer. I had my doubts, though, since Logic dropped runny toothpaste.

Speed: Well, he did drop in the spring.

Speed: That shit where you’re pondering your existence as you ponder putting it on your brush.

Drizzle: You know it’ll clean your teeth, but do you even want it?

Speed: If you’re sane, you don’t want it to be anywhere near you.

Drizzle: For you, Speed, I’m going to binge watch some JoJo’s Bizarre Adventure.

Zay: I’m sure it’s not even toothpaste at that point.

Speed: First, Drizzle, you should. It’s legit my second-favorite anime next to Gurren Lagann. Two, it’s toothpaste still. But, it’s like that Dollar Tree toothpaste where you’re wondering how clean your mouth will truly get after you use it.

Speed: Well, for me, it’s like Logic is supposed to be clean and fresh. Now? He’s not and he’s kind of useless. To keep up the JoJokes, muda muda muda.

Gingawd: I mean, he killed it on “Isis.”
Drizzle: Like, you know he can spit. You know he’s good. But, his last album was a chore.
Speed: It was useless. There was no soul behind it.
Gingawd: It was his worst album, but I dug it.
Drizzle: Runny toothpaste. It’ll clean your teeth. It’ll do its job. But, in the moment, do you really want it to?
Speed: You don’t. It’s useless.
Drizzle: Even his “Isis” verse was off-topic. That’s rare for Logic.
Gingawd: He was trying something new.
Drizzle: Literally, the track was named after a throwaway line.
Speed: He wanted to make an album that was very clickbait-y. Hell, he dropped a song called “Clickbait” where he’s talking about how he’ll suck someone off just to prove how ungay he is.
Drizzle: It was his Yeezus.
Gingawd: Meh. Metallica had to do St. Anger to get another good album out of them. As long as his next album is good, it’ll be worth it.
Drizzle: By “his Yeezus,” I mean that it’s the first real sign that he’s losing his shit. After hearing it, you realize there’s this slow descent that’s been happening for a long time.
Gingawd: Again, if the next one is great–like how Metallica recovered–it’ll be fine.
Drizzle: He needs to be medicated.
Gingawd: He is medicated.
Speed: Medicated or not, he’s slipping away.
Drizzle: What’s he medicated on?
Gingawd: He didn’t disclose besides pot.
Drizzle: He straight-up said–on Everybody and in his book–that he doesn’t take his meds because
A. He didn’t believe mental health was a medical condition
B. When he finally accepted that mental health issues are medical conditions, he didn’t take his meds because he “doesn’t do pills.”
He suffers from mild schizophrenia, anxiety, bipolar disorder and depression–all passed down from his folks.
Gingawd: Yeah…but I think you two are reading a bit much into it. I think he more so went through an awkward artist growth period.
Drizzle: I’ve seen it before. He up and admitted it. I’m just waiting for his pic of him and a deer, When people show you signs and tell you straight up, I think you’re not reading enough into it.
Gingawd: Hopefully, I’m right because there is nothing anyone can do if you’re right.
Drizzle: I don’t want to be right. But you can’t pretend the dude didn’t go into excruciating details about his schizophrenia symptoms on “Anziety” from Everybody. And “Street Dreamz II” was a detailed account of what he said was his first delusion–which may or may not have led to his divorce.
Gingawd: They were probably doomed anyways. She wanted to be an IG model housewife.’
Speed: Logic has always been pretty open about his mental health struggles–even if/when he didn’t think they were full-on medical issues. Now, though? It’s different. He doesn’t seem to be getting any better with it. His music suffers and his psyche seems to be trying to compensate for him trying to do a million things at once.
Drizzle: Hence “runny toothpaste.” BUT! All of that was to say that this is still going to be a boss-ass summer.
Speed: Yeah, true. Logic is still confused and it’s sad. But that “K.R.I.T. HERE” video, though!
Drizzle: My negussss!
Gingawd: It was good.

Speed: Like I said, he hopped into his old-school time machine and meshed everything we’ve come to love about K.R.I.T. into one new, boss-ass song.

Drizzle: Now I’ma be Gingawd here. It was “decent” for an intro to what will, hopefully, be an enjoyable album.

Speed: Is it his greatest track? No, but it’s still an amazing-ass track that feels right as a potential sequel to his first major mixtape. I kind of wonder what we’ll get from the rest of the album. But I know one thing. On 7/12, my ass will be blaring a purchased copy of K.R.I.T. HERE from my car like “fuck you mean.”

So, anyone else have anything to add?

Gingawd: No, but Halle Berry is still hot as balls!

Speed: She is not runny toothpaste, nor will she ever be.

Drizzle: Billy Bob Thornton is the real MVP of this convo.

Gingawd: He smashed two of the hottest women in their sexual primes.