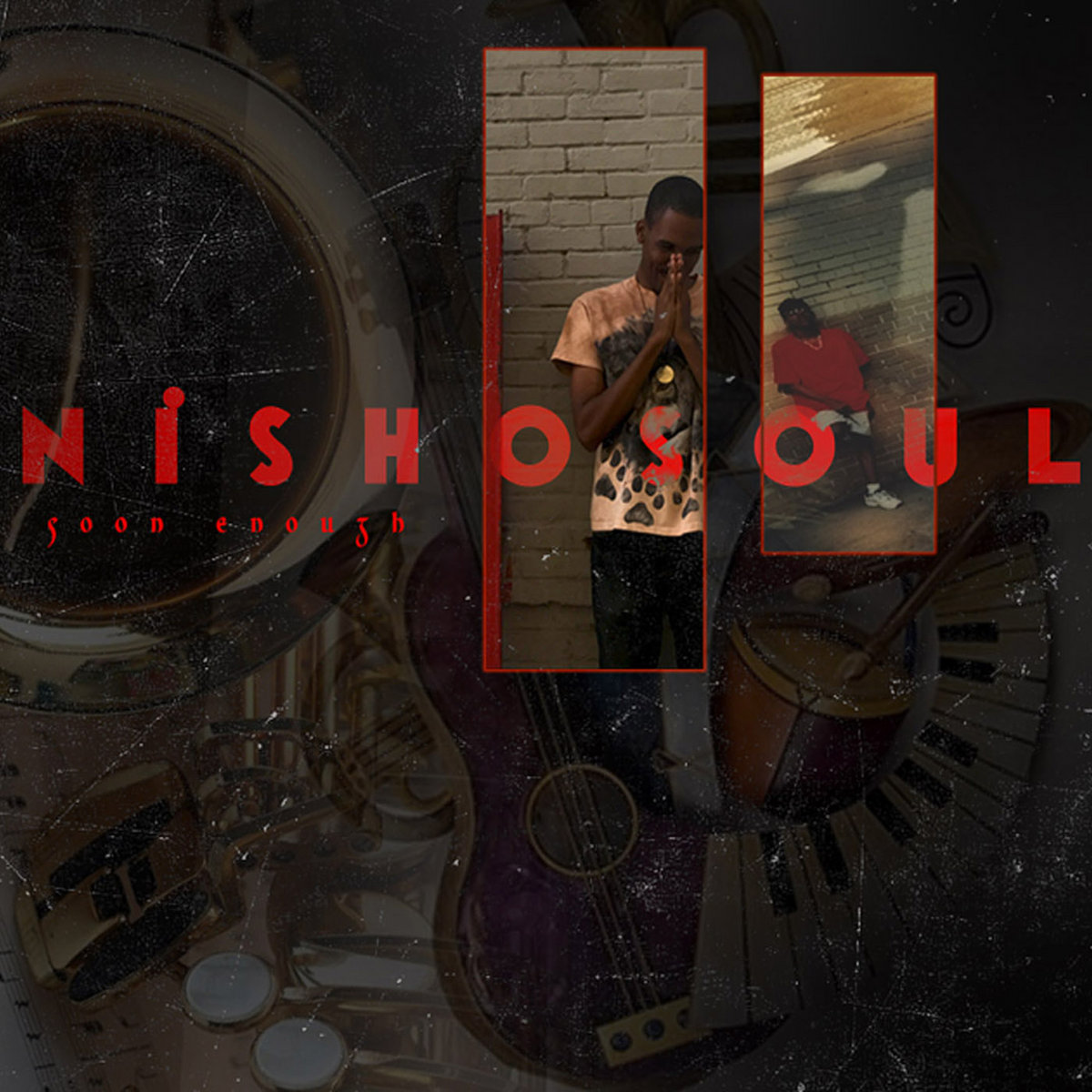 NishoSoul has been a very busy man over the last few years. Between working on his music, being a successful podcaster, and just living as a Black man in the DMV, he’s done the damn thing. This weekend, after two years of working on it, he dropped Soon Enough, a project that shows Nisho’s love, anger, and all of his sorrow. Domon Kasshu references aside, we get a man who bares his soul through his music on this collection.

The term “something for everyone” can be taken as pejorative, but Nisho truly provides something for everyone on the album. If you want bars, he’s got them. If you want emotional existentialist lyrics, Nisho’s got them by the handful. If you need something a bit more upbeat and inspirational, he’s even got a bit of that on the project. Where Nisho shines the most is when he’s telling us about his life but relates it back to the lives of his listeners. For example, the intro “Soul for Sale,” initially sounds like a track where Nisho is giving up and is offering up himself to the highest bidder. However, the honest track details the exact opposite, while still offering up guidelines for listeners to live by.

His guest features add a dimension to the project as well, offering up different opinions and thought processes to Nisho’s that still mesh with the overall fee of the album. A personal favorite guest spot is SolLikeSoul’s appearance on the remixed version of the track “Vibin’.” I kind of wanted to see Nicole Learner pop up on here as well to bring this full-circle, but she was probably busy with her own project (SOTBMusic review coming soon BTW). While it would’ve been nice, her absence doesn’t distract from Nisho’s album.

On a personal level, I’m proud of Nisho for dropping this one. I will fully admit a bias towards him and that I believe he’s a very talented young man. However, that aside, the dude can spit and his album shows what happens when an undying resolve meets lyricism for days at a club dedicated to soul-opening music. The brother is in his bag on this one to the point I copped a copy and would’ve done so if I didn’t know him. That is how much I rocked with the project. So check it out above and remember to support dope music in all its forms.