Whether it be fame, fortune, a desire for the entire world to feel their art, or healing and inspiring as many people as possible, the path of a creative of any discipline is a long and arduous one. For many creatives of any discipline, it’s like hitting the lottery, finding the “one” in romance or reaching One Piece. When it comes to positioning one’s self to reach that end goal, the blueprint for creatives is not exact, ranging from some artists putting their content out in a Hail Mary to go viral, others going on local tours, and a plethora of more strategies.

The truth is that there truly is no one formula to this shit, while many creatives find themselves bullshitting by not incorporating as much vigor into the methodologies of their growth strategies as they have embedded vigor into their art.

Two aspects in any blueprint that contribute to success are:
1.) Balanced Hard-Smart Work Ethic
2.) Patience in the process.

If you fake the process, it can only come to bite you in the ass later, word to 6ix9ine. Facetious examples aside, in this generation of music where those with unethical methodologies seemingly find more success and exposure, true talent and genuine grind will always shine where it counts.

Earlier this year, Dreamville brazenly reminded the Hip Hop World and the modern music industry about the power of genuine relationships and grassroots family-like collectives with the Revenge of the Dreamers 3 recording sessions, and the special invites to the New Skool’s Who-Whos. In early May of 2019, a Yonkers-based rapper, producer, curator, entrepreneur and community centered all-in-one creative named WD Hytes would reach out to me to personally invite me to a powerful event called East120. The name is derived from the name of the dorm at Morehouse College back in the day where WD Hytes and his collective would make music, congregate at, and pursue any initiatives towards their dreams.

In coordination with organizations, musicians, visual artists, graphic designers, musical engineers, and more creatives all across the East Coast, WD Hytes curated a night of the full expression of each creatives’ talents with engineers, instrumentalists, journalists (like myself), and photographers/videographers. The best way to describe East120 was a flawless expressing of the futuristic collaboration template for artistic communities around the world. When our OGs and old heads refer to Hip Hop Culture of old, they habitually harp on how the purity was lost; how Hip Hop Culture of old celebrated the streets in all of its raw, beautiful talent.

According to Afrika Baambaata, one of the three fathers of Hip Hop alongside DJ Kool Herc and Grandmaster Flash, the four principles of Hip Hop are Peace, Love, Unity and Having Fun. In a musical era of excessive corporate influence deviating the trajectory of organic artists, an overemphasis on statistics above authentic quality, and dystopian conditions that prompt rat-races to achieve viral attention for fame, the East120 event was an esoteric breath of fresh air in the creative world that needs to be protected, cultivated and spread.

In one corner of the event, you would see the region’s finest instrumentalists flawlessly synchronizing their chords, progressions, transitions and enchanting grooves with or without artists coming to the mic. In another corner, you would see Visual artists of various races and ethnicities adeptly freestyling impressive works of art from whatever the energy of the space invoked.

All eyes and ears were directed in awe as June Source elegantly serenaded the crowd with her harmonious Neo-Soul vocals, with myself and a powerful lyrical rapper of Latino descent named Caesar lighting up the venue with our respective free-verse lyrics to the live instrumentalists. 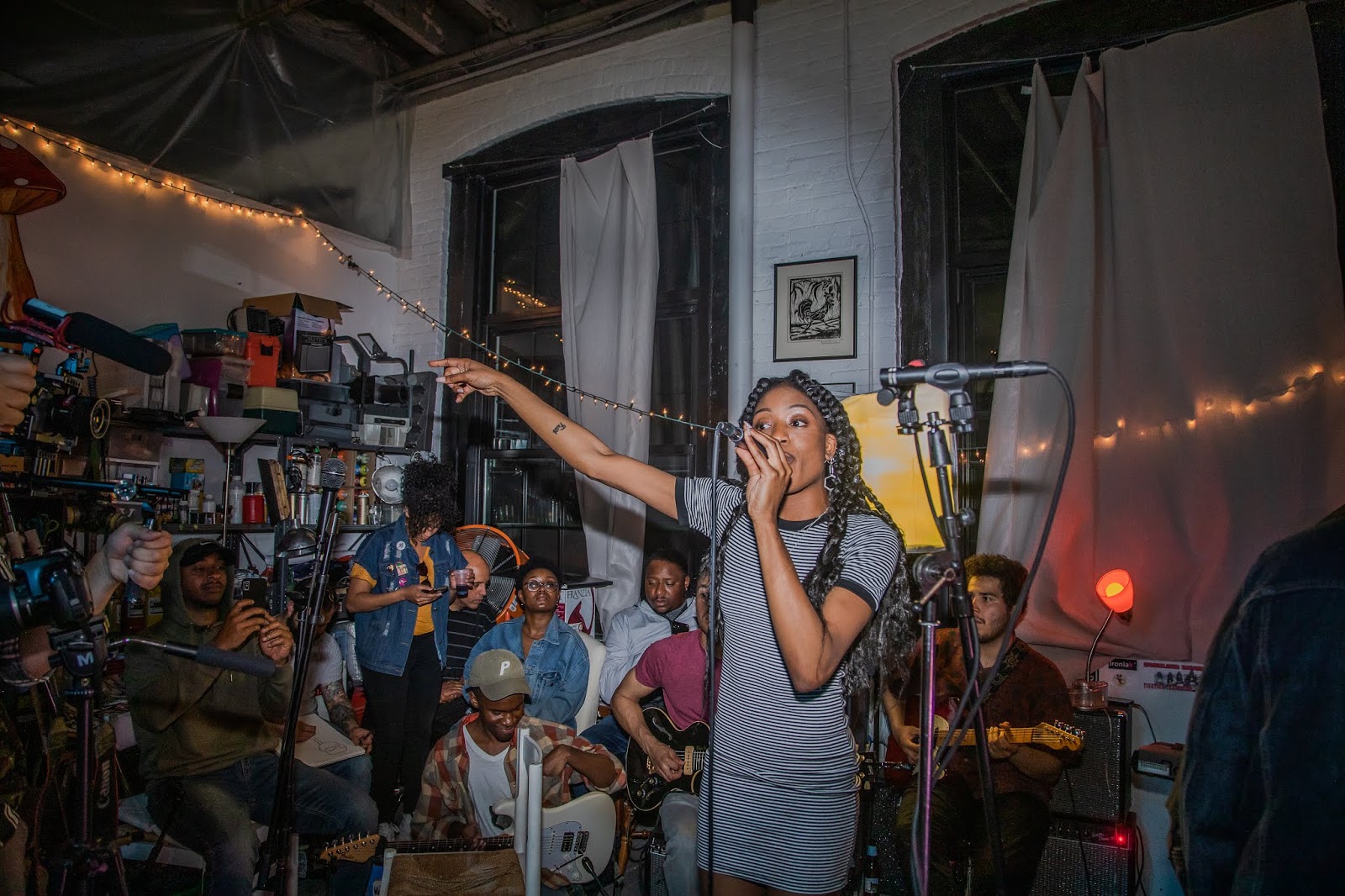 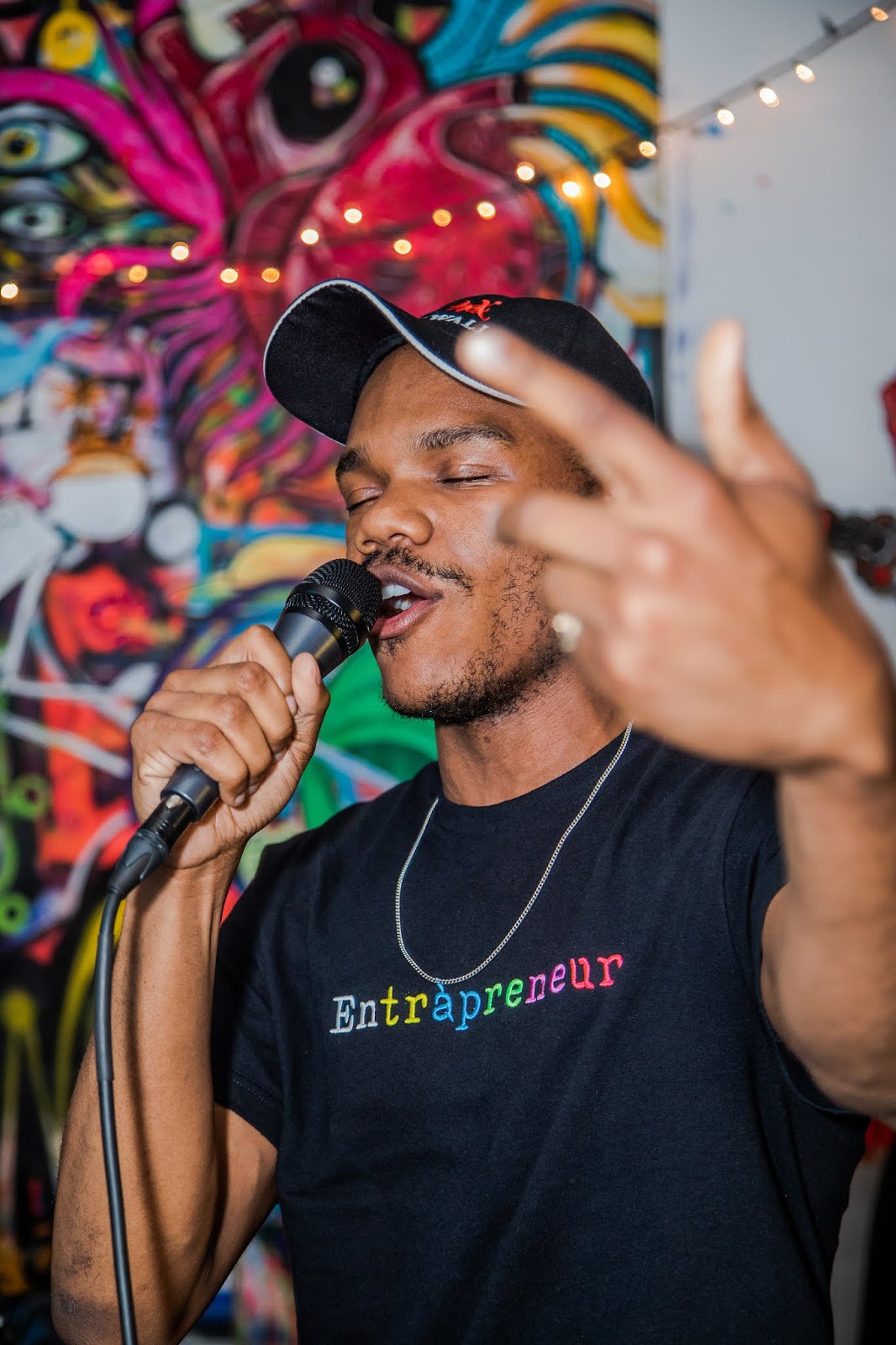 In every corner any participator of the night’s activities could see the compelling aura of the aesthetically distinguished photographer named Visuals By K. capturing the moments in their respective sacred times. As the beautiful people of all demographers politicked, shared jokes, sipped on wine, and discussed further plans to elevate the culture with other extraordinary individuals, WD Hytes scurried inside and outside the venue to manage the timeless mosaic he had helped lead in creating with his partners.

I would meet Stefano, a 1st generation Italian-American master of painting and art, creating eye-grabbing pieces of work from 21 years old through his now late 20s.

Between her Hawkeye-accurate shots, I would pick the brain the creative genius of Visuals by K., a 2nd generation Jamaican-Trinidadian gorgeous native from the Bronx, using her 8 years of polished skills in photography to create more editorials, in addition to purposeful and meticulous shots to capture her subjects of art as wonderfully polished as possible.

I would have a genuinely intimate moment with the #1 ebony songstress of the evening, June Source (originally known as June Bug) who told me about her expansion for the past 20 years since her preschool days while developing into a polished graphic designers hustle and simultaneously growing her enchanting sound.

My last interview and conversation of the night was with Patty So Free, Co-Founder and one of the crusading leaders of “We Art One,” a collective founded on building platforms for creatives, cultivating exposure and a cosmopolitan-minded family environment with every demographic celebrated. For 5 years they have been active in making a difference as much as they can.

For Patty herself, a woman of Dominican descent, painting and art are therapy for her. Being mentored and raised by her mother, a revolutionary and activist in the country who used her poetry and spoken word abilities for purposes of liberation. Patty, hailing from Yonkers, NY, would tell me of how her lineage inspired her in fighting for what she believed in as well, traveling to the DR to educate children through her art. 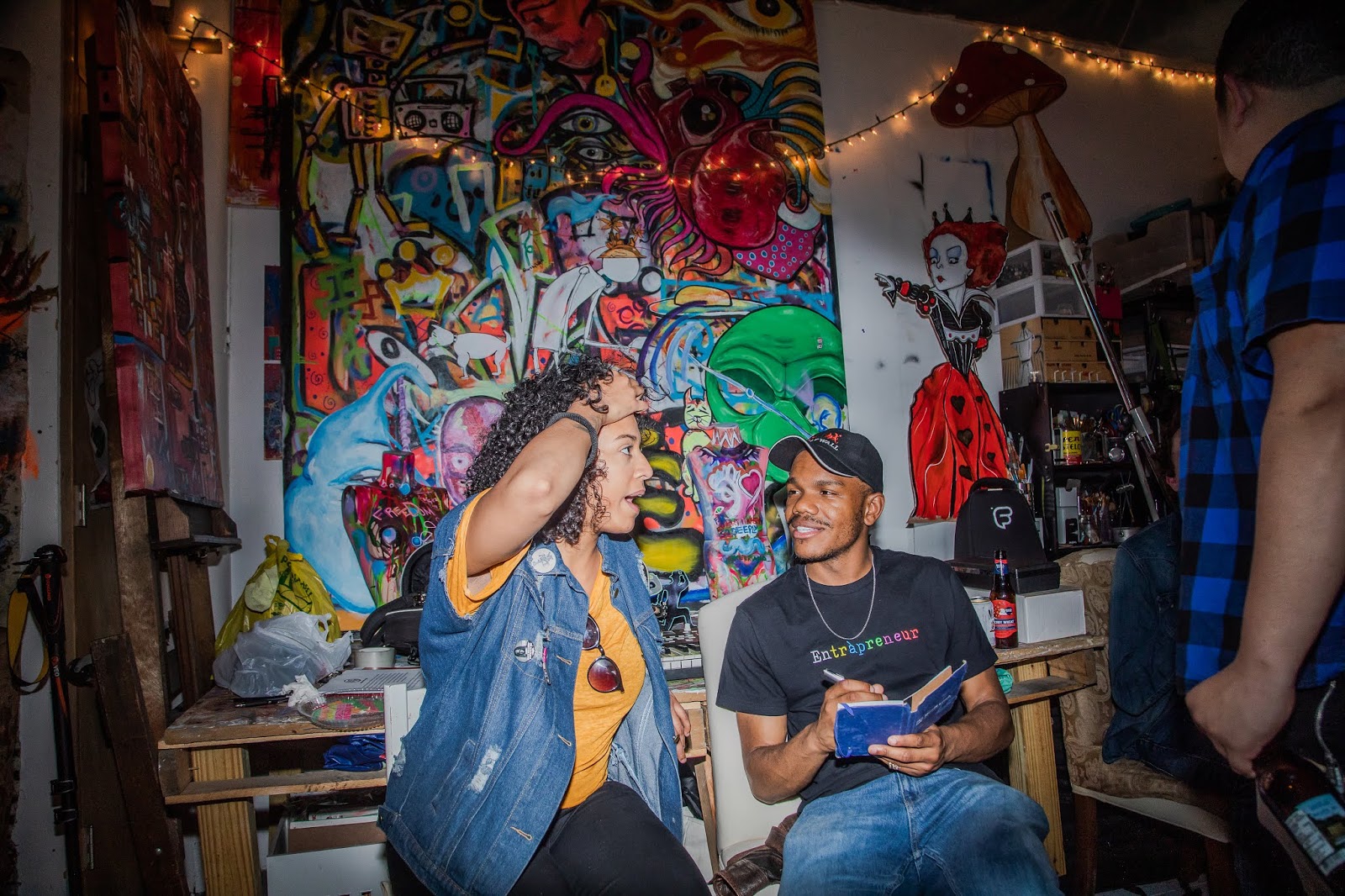 I left the event on a great note before my travels to Montréal, but not before a last word with WD Hytes. As much as I elevated his leadership, WD Hytes stressed the importance of how this entire movement was the collective genius of the Yonkers community and beyond. From June Source to Patty to Stefano to Visuals by K. and all of the attendees, East120 was a product of the entire community’s magic.

If the creative world could have more East120 events, we would be seeing a revolutionary metamorphosis in music and art as we know it during our current time.

You can follow the titans on their Instagrams and keep up with the captivating visuals of their future adventures.