Skip to content
When you drop a classic (or a work of art), fans and detractors alike await your next moves like a hawk. For Big K.R.I.T., after 4Eva is a Mighty Long Time, we saw a quiet period then spurts of work. It almost felt like he was reminding us that he was around because, well, forever is a mighty long time.
Between 4Eva and K.R.I.T. IZ Here (the spiritual sequel to 2010’s K.R.I.T. Wuz Here), we got a few EPs and the like to tide us over until “K.R.I.T. Album Done.” The thing about classics is that your work will always be measured up to them, regardless of what you do after. It’s why people still look for Illmatic Nas when he’s making Lost Tapes 2. It’s why people still love when Mixtape Weezy reappears on a track.
That works for and against K.R.I.T. IZ Here. 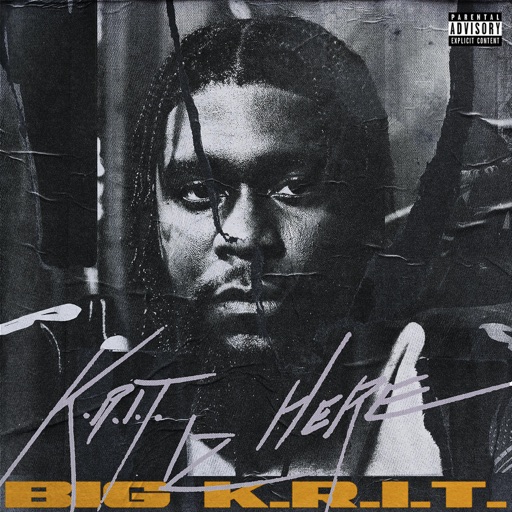 On one side, we’re happy to see our Mississippi Rhyme Savior come back and put in work. That is especially because he’s now, musically, lighter on his feet after leaving the aura of Def Jam behind completely. It’s a solid project’. A few tracks, I’ll use as “Speed, get you crap together” anthems. In some ways, it lives up to KWH‘s legendary status. But while it’s fun (“Blue Flame Ballet” and its…”gymnastics” comes to mind) and booming, there’s something holding me back from saying “oh snap this new K.R.I.T. is the new classic.”

I love the fact that K.R.I.T. stepped out of his soul-sampling, soul-moving comfort zone to give us a wide variety of beats and subjects. He’s evolved into a Steph Curry-esque rapper; he still has drive but he’s also playing like he rules the world already. But what made K.R.I.T. into one of my favorite artists is the fact that he spoke for the everyman and did so in a way that was captivating and beautiful.Even the non-soul sample beats were soulful.
For me, there isn’t as much of that on this project. It sounds kind of like everything else out at points.
Now, I don’t want the same album from K.R.I.T. every time. Even Pusha T switches up from time to time. Push may do coke raps ad nauseum, but the way he does coke raps (from the beat choices to the people he chooses to feature with) has evolved over time. K.R.I.T. IZ Here feels like the King Remembered in Time’s K.O.D. moment. On KIH, we find him utilizing mainstream and radio-friendly sounds to execute his K.R.I.T.ness on.
The thing is, there were a few miscues in switching up the K.R.I.T. formula for this project. When it does work, we get a King dropping solid tracks that have a “victory lap” feel to them. With songs like “K.R.I.T. Here,” we see K.R.I.T. is more relaxed and comfortable in his appropriate place as an indie legend. He’s celebratory of his accomplishments and his ability to lead. That’s good. Get your flowers, Krizzle. On tracks like “High Beams,” K.R.I.T. gets philosophical and aims to bring our people to a higher level.
When things didn’t hit, I found myself skipping tracks. The Rico Love feature “Obvious,” while radio-friendly, feels like a Drake outtake from 2010 with a bit of early Miguel mixed in there. It’s like an evolution of “Pay Attention” from Cadillactica, which is a decent enough song. K.R.I.T. is lyrical and wants his woman to know he’s dedicated. Cool. Oddly, the production feels a bit dated and the whole thing feels a bit forced, like people gave him mixed messages like “K.R.I.T., you need a radio single.”
“Learned From Texas” felt a bit out of place–just like the other TDT inclusion, “Energy.” They’re not “bad” songs, but they didn’t add much to the album. I must confess that I love the bass on “Texas” and the Jill Scott flip on “Energy,” though. “Addiction” is middle-of-the-road as well, even with the Wayne and Saweetie features (can you call seven words a “feature?”). K.R.I.T.’s done better songs about sex and the energy of a woman being addictive and he’s done better songs about sex in general. Wayne linking up with K.R.I.T. is pretty awesome, but the song feels off in general.
As a fan from the KWH days (I’ve listened to everything everything he’s put out–even his 2005 See Me On Top mixtape), I’ve never skipped a K.R.I.T. track before. Here, when I run it back, I skip through and/or just put a few songs on a playlist. K.R.I.T. never feels out of place or out of his element on these songs. However, they just don’t hit with the same force as what he’s put out over the years.
It’s like Logic’s Confessions of a Dangerous Mind album in that I’m honestly disappointed this project went the route it did. I want Big K.R.I.T. to succeed and continue to evolve. He’s still my favorite bigger artist. He still has bars like a mug. He still can produce his ass off. I’m glad we got a new Big K.R.I.T. album.
But K.R.I.T. IZ HERE just didn’t touch my soul like his previous efforts. So, I don’t know if I can (continuously) listen to it.

One thought on “Has The King Gone Astray?: An SOTBMusic Review of ‘K.R.I.T. IZ HERE’”