Skip to content
Perhaps this would’ve been more suited for Eyes On The Ring, but bear with me. 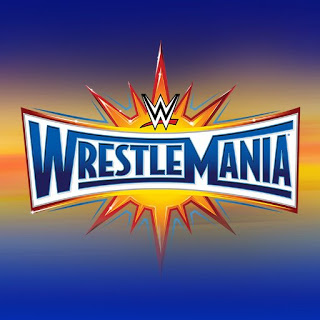 As many of you know, I’m a wrestling fan. I have been, on and off, since seeing Hulk Hogan and The Ultimate Warrior square off at WrestleMania (on a replay, mind you). This current run of wrestling fandom started with The Rock returning to WWE in 2011. Since then, I’ve tried my best to keep abreast on all wrestling across several promotions. And, let me tell you, I’ve seen it all. But one thing was usually for sure: once WrestleMania Season came around, I’d be all eyes and ears on the ring.

From Cena/Rock II to CM Punk leaving to watching during dealing with Mama Young passing on, once late March/early April hit, my face would be glued to a screen watching the biggest event in sports entertainment. It was like gospel for me to be into it. Hell, I’d even churn out a post or two on Eyes On The Ring to show how into the event I was. I thought almost nothing could make me become as apathetic towards WrestleMania as I am this year.

Perhaps it’s just exhaustion, I thought to myself before I started writing this. I mean, between WWE, Impact, ROH and other promotions, I could, at the least, see over 10 hours of wrestling a week. Too much of a good thing can always dampen your expectations and your desire to see more of it. However, there were times I’d sit and watch back entire PPVs and STILL have time to watch RAW and Smackdown. So, I don’t think that’s the problem, at least not entirely.

I feel that this year’s event has nothing I really can get invested into. AJ Styles is in a technical match with Shane McMahon after almost being off the event entirely (in kayfabe only, I’d hope). We’re getting matches not many really want, such as Undertaker versus Roman Reigns and whatever tag team matches SD can throw together to make things a more complete show. Nia Jax is being shoehorned into an already solid match. Hell, the Smackdown Women’s Championship match was JUST moved to the main card.

And, on top of that, you’re getting cruiserweight champion Neville defending on (possibly) the preshow. And for what? For someone to win the Andre the Giant Memorial and fade into obscurity once again? Additionally, the IC Championship match has zero build behind it, which is something I would’ve expected for a random “let’s give them a payday” Divas match back in the day. All in all, it’s an event that I can personally do without. I will give them credit for effectively blurring reality and the alternative well this year, but the matches themselves? I can take or leave most of them.

And that sucks. I may be in the minority, I admit. But, shouldn’t your biggest event of the year want to make everyone–from casuals to hardcores to folks that only know John Cena from SNL–tune in for just a second? I’m not trying to piss on anyone’s parade, but I’m not getting that energy from this year’s WrestleMania. Instead, I’m just getting vibes of just another PPV. Perhaps we have been spoiled by the Network giving us the option to relive glory on a whim. Perhaps NXT spoiled us with their indie presentation over the years. Or perhaps I’m just not the target audience for WrestleMania anymore.

Part of growing up is eternal. And that is this: you’ll eventually outgrow everything, even life itself. I don’t know if I’m outgrowing wrestling again or what, but this year’s event just illicits a “meh” from me. Now will I watch? Probably, but it’ll be more out of force of habit than actually wanting to see many of the events on the card.

At least I’ll have RAW and SD to look forward to this week. Post-WM shoes are usually some of the best of the year. But as for the main event, I’m not that enthused. Prove me wrong, WWE. The ball is in your proverbial court.