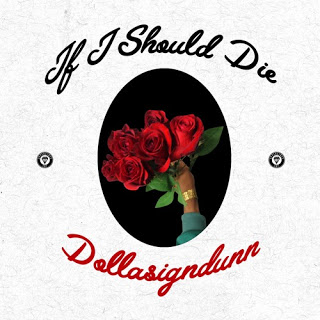 I got this one around Christmas. Because of my week sabbatical, I’m just getting around to posting it. My apologies to Dolla$ignDunn, because this one is fire. “Why is it fire, Speed,” you’re probably asking. Where should we begin?

The boombap production by GBeatz (a flip of Marvin’s “If I Should Die Tonight,” a song that takes me back to my days working on True God’s Soul Revival 1) lends itself well for Dolla to just spit realism-drenched lyrics about trying to make it in a dark world and the possibly pending demise of another promising young life. From dealing with his mom’s struggles to his own struggles as someone with a hustler’s ambition, Dolla opens his soul for listeners to peer into.

Dolla mentions that “they might kill [him], but not [his] spirit,” even if the world is against him and he lacks the role models some tend to have. By any means, he’s trying to get it and get out of his situations. It’s an admirable track and a continuation of what people’ve come to expect from the rhymesayer. Check it out below and remember to support dope music in all its forms.