Skip to content
Kiari The Stone Big Homie Stone is back with some new vibes that accentuate his name change and evolution. After dropping the neo-soul-influenced PRMSLND album, Stone goes to the booty club in his newest track, “Private Show.” 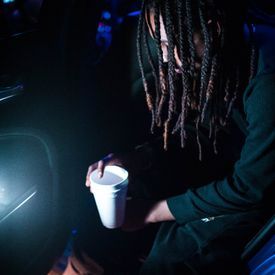 In an interview with RESPECT., Stone says that “Private Show” is a “return to [his] roots” in some ways. This is mainly because the 2007-2012 house party scene was very influential in everything Stone has done and will do. I can, personally, rock with that homage since Baltimore Club still influences me to this day. So, I can catch the wave he’s going for on the Uli Cook Up-produced track.

Additionally, as a listener, I can rock with it because the song is catchy and booty club-friendly, but it doesn’t come of as parody. It’s a straightforward look at the energy you’d get from a private dance, and it’s equal parts sexy and sexual (they can be different things). Check out “Private Show” below and remember to support dope music in all its forms.