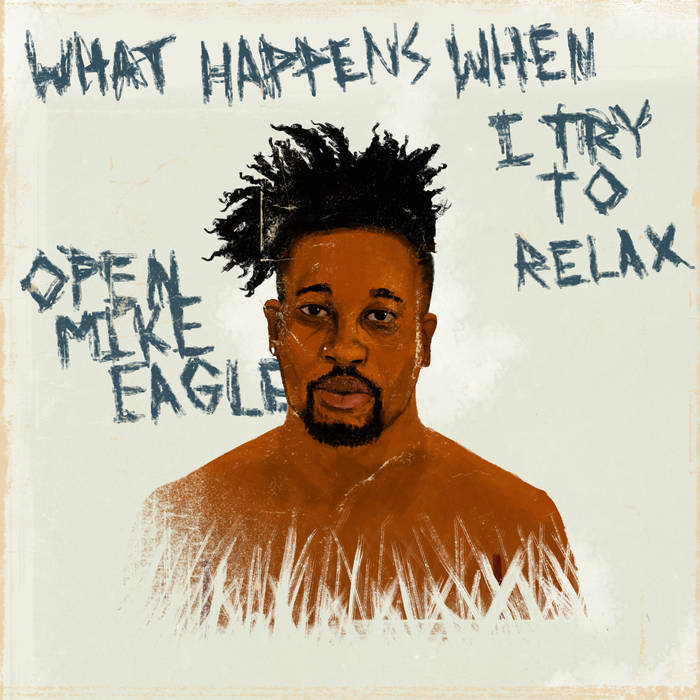 Over two years ago, I had the chance to interview Open Mike Eagle about his Hella Personal Film Festival project. It was one of my favorite interviews, since I draw a lot of my lo-fi influence from artists such as OME, his art rap era, and his ability to blend the bleak with the comical. All in all, he’s just a dope artist, and one who doesn’t get enough credit in this day and age. Fast forward two years and OME is doing his label executive thing. In addition to rapping, he’s now the owner of a label, Auto Reverse Records. And that’s where his latest project, What Happens When I Try to Relax, comes in.

The six-track EP delves deeply into our insecurities and anxieties as a society, whether racially-motivated, socioeconomically-motivated, or what have you. It’s a dark album (which is expected, as Open Mike Eagle often talks about the darkness through light-sounding songs), no doubt about that. However, it’s also one that makes you think and forces you to get out of your personal Sunken Place, regardless of how you got there. It both acts as an introspective look at OME’s place in the world–and in his own head–and a plead for a change in the way we handle things in this society.

Relaxation is something that isn’t really afforded in 2018, which is something that OME talks about and gets into on this project. Overall, I love the direction this one took and I love the project as a whole. Check it out below (along with the video for “Microfiche”) and support dope music in all its forms.

What Happens When I Try To Relax by Open Mike Eagle