Skip to content
Every so often, a show will come around and become a bit of a pop culture phenomenon. From tearjerkers such as This is Us to Black AF shows such as Black-ish and Insecure to Szechuan Sauce-reviving, genre-blending space trips like Rick and Morty, select shows become part of our pop culture consciousness and make us rethink what we knew.

Over the summer, I, through Drizzle Sez and Gingawd, got introduced to Letterkenny.

You may’ve seen me reference the show during my discussion on the molasses-slow MLB offseason, but it’s time to give it a proper pseudo-review.

Back in my day, we didn’t have people to give proper reviews of Canadian cult series that crossed over to America. Now, there’re so many of them, you’ll probably find people saying the same exact reasons why you should watch Letterkenny. Must be [effin’] nice.

Created by Jared Kesso and Jacob Tierney, who star in the series as Wayne and Pastor Glen, respectively, Letterkenny was born as a short webseries (kind of like Broad City). People reacted well to the shorts, so it became a full-fledged show. Three years later, it’s one of the biggest Canadian exports in recent memory. Not to be impolite, but it more than makes up for Canada giving us Justin Bieber all those years ago.

After binging the entire series, twice, I think that it’s safe to say that it’s very much on its way to becoming as big of a pop culture phenomenon here as it is in its native Canada. You have Hulu to thank for that. The best way to describe Letterkenny would be something like this. Imagine if King of the Hill and Seinfeld had a child who was raised in Canada and raised on It’s Always Sunny in Philadelphia, fellow Canadian series Trailer Park Boys, chorin’, and good manners at the same damn time. It’d be a booze-drinking, degenerate-hating, morale-having, tough-as-hell SOB who still had a heart of gold and loved its pups, its hockey, and its Canada Gooses. That was a mouthful and that’s still simplifying the whole thing.

For starters, the show isn’t just about the Hicks of the town. Sure, Wayne, his sister Katy (who is pretty well-rounded, considering she could’ve easily been the “hot girl” of the group and that’s it), Squirrelly Dan (who, while a sage, has a Boomhauer-like speech quirk), and Daryl are the main group we often follow. The show focuses a lot on having the Hicks somehow save the day. However, we also get a slew of over-the-top, but still somehow grounded, characters outside of the Core Four.

For example, the hockey players, Reilly and Jonesy, are on the quest for championships, respect, gains, and big city slams (hook-ups). They also bring their team together to get rid of bad vibes (along with a “puck bunny”) and unite a women’s team against a massive troll (more on him later). And, even though they end up getting into a sex-fueled competition in a later episode, the duo is probably the most-improved player of the troupe when the end of season six rolls around. 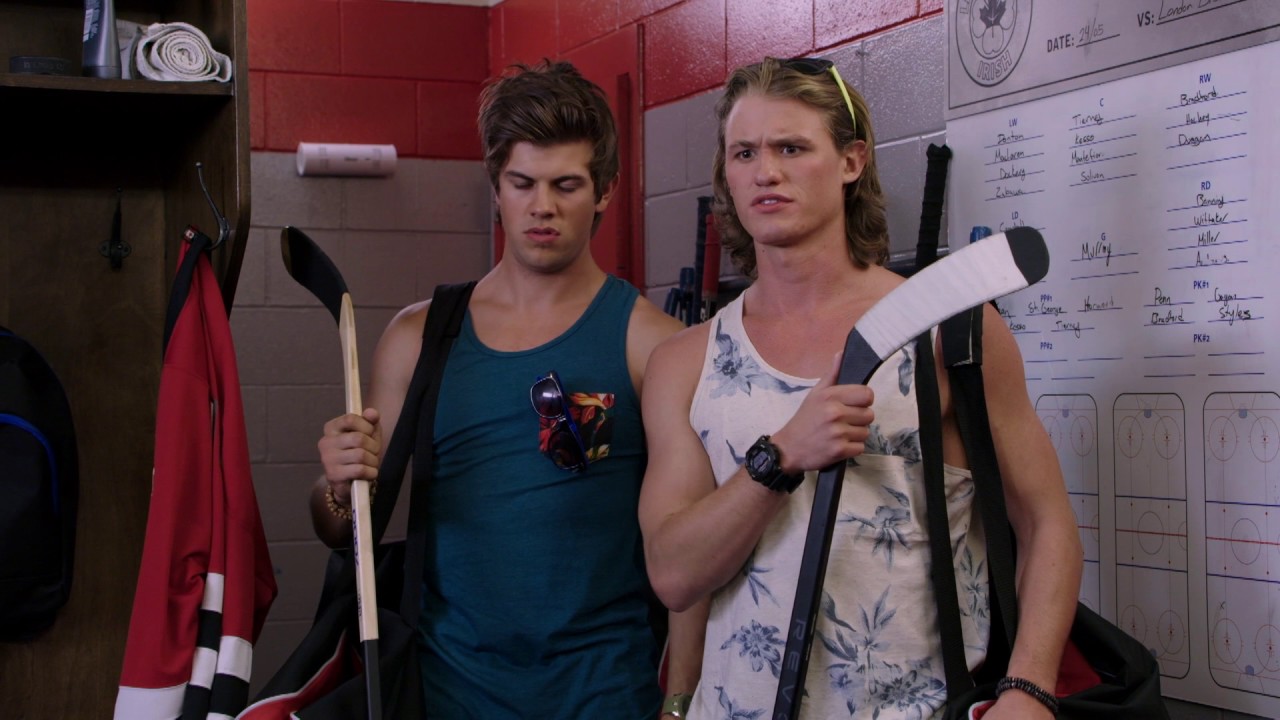 The Skids (think drug addicts, but not full-on degenerates) want to drug it up and play classic video games. In a later episode, though, lead skid Stewart (STRTTTT!!!) also wants to provide drug users with “safe,” non-date rape-causing drugs. Sure, it’s also about making money. But, there’s something commendable about a group of druggies wanting to keep people safe while enjoying their drugs. Bar owner Gail wants to get off any way she can, but she’s also a heavy supporter of the town and the Hicks, even though her bar(s) tend to burn down under mysterious circumstances. And I haven’t even started to talk about Mr. and Mrs. McMurray and “the lifestyle” yet. Or Tanis and the Natives. Or Gae. Or Coach. Or BONNIE MCMURRAY!

Suffice to say, we get a lot to digest from this small town. None of the characters–Gail included, for those on the fence about a POC being a sex-crazed maniac–feel inauthentic or  wooden, even if their goals seem slightly simplistic. There’s a lot of thought and heart put into each character, down to the catchphrase-spewing hockey players Reilly and Jonesy find themselves paired with. Plus, the writing is pretty masterful. Yes, things can get pretty quippy at times (I’ve seen people call it Gilmore Girls-esque in its quippiness) and the slang can be slightly hard to follow if you don’t have subtitles on. But, if things ever go into line-a-rama territory, it’s less about upping the joke and more about just playing with the entirety of the English language.

And then there’s Shoresy.

Also played by Kesso, the faceless Shoresy is a character you want to beat the hell out of, but you admire his tenacity. A constantly-chirping hockey player, Shoresy delivers a vast majority of the show’s most-outrageous barbs–and they’re usually aimed at Reilly and Jonesy and/or their mothers (who he may or may not have had relations with). In many shows, these insults would become grating after a while. Here, somehow, they only add to the absurdity/hilarity and keep things moving, mainly because they’re so damned off the wall. And, no, we’re not supposed to like Shoresy.–at least, I don’t think we are.

The great thing about Letterkenny, in addition to the quips and the quoteables is that the characters grow. By the end of season six, Wayne, for instance, still punches the beejeezus out of degens from up north and people who challenge his “Toughest Guy in Letterkenny” title. He also shows more than just using his fists to solve problems, even though the fight scenes are always epic. He’s stubborn and stuck in his ways (kind of like the aforementioned King of the Hill’s patriarch, Hank), but he’s also still willing to try new things (such as his romantic endeavors).

Now, I’m not going to tell you “oh, you need to check out this episode now.” Just go sort yourself out and watch the whole thing. Yes, even the The Social Network send-up ,”Fartbook,” and the one where the town bands together to stomp out a group of Proud Boys (Man, was that episode was great).