I am a gamer and a fan of dope music. That’s no secret. While I don’t game as much as I once did, I’ll still turn on my PS4 and get into a zone. Recently, though, I’ve started to play more mobile games and one thing I’ve found comfort in during my commute is playing mobile RPGs while listening to oldies. It’s an unlikely combination, but I love busting out 9999 damage while Marvin Gaye blares out of my headphones. It has something to do with how intertwined both RPGs and oldies are with my life, especially my childhood and adolescence. They’re comfort foods, and any chance I can mesh the two, I’ll take. 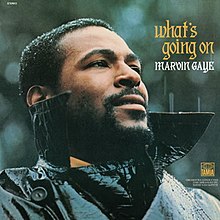 Growing up, two things were constants in my life. The first was my mother–later, she and my stepfather–playing Aretha, Luther, Smokey, Harold Melvin and the Blue Notes, and other classics on, pretty much, every occasion possible. We had the Motown Christmas album(s) and hosted get-togethers during the holidays where the adults played cards and drank while the kids threw footballs and fought over the Super Nintendo or PlayStation controller. It was just as likely to hear those jams burst out of our home on a random Sunday afternoon as Mama Young cooked catfish and macaroni, or during a Saturday afternoon cleaning session. When my mother died, I made sure my cousin put together a mix of her favorite oldies (which may still be active because copyrights are a thing) to play during the funeral and the repast. It’s what she would’ve wanted.

Aside from that, oldies helped raise me in a way that few things could. Hearing all that love, anger, revolution, and Black and Brown pride, it was a beautiful thing. It was a thing that helped make me proud of who I was and strive for greatness. It’s why I always dig in the crates when I pull a beat together (well, that and Dilla made me).

The second thing that was constant in my life was my love of RPGs. Coming up, life was a bit rough. I never resorted to drug dealing, but my home life had its ups and downs. I guess that’s just the truth of being a Baltimore-raised kid in the 1990s. However, role-playing games offered me an escape from the complexities of my life and allowed me to move people towards a goal. Granted, that goal usually had something to do with saving the world. But, I needed heroes and my father wasn’t exactly a shining example of greatness.

I never wanted to be Cloud (I was always Team Zack), but I always strove to be the best I could be, as a person isn’t a person if they lack ambition. Plus, the problem solving in RPGs (and the patience grinding teaches) helped prepare me for adulthood, parenthood, and my professional career.

They also allowed me to expand my mind. Through stuff like Final Fantasy, I got introduced to many different cultures and the like at an early age. Of course, I had to realized that some of them were stereotyped (seriously, how many mystical Middle-Eastern-looking people are there out there). But, they still helped. Truth be told, RPGs probably helped me be more tolerant of people who were different than me. I mean, if a purple cat-man or a former villain who originally wanted to murderize the hero can help said slightly-androgynous, spiky-haired hero save the day, surely I could be cool with people who had different skin tones, ideas, or preferences. Plus, the world’s going to end up a lot more mixed and fluid anyway (I hope, for all of our sakes). So, there’s no need to be against it to the point you’re harming yourself and other people, verbally and otherwise.

Back to the topic at hand, mixing RPGs with oldies is how I get the most hyped. Sure, playing “One-Winged Angel” during the final battle of FFVII works and it should be experienced. But, try playing it with “Respect” playing while you’re summoning Knights of the Round and Bahamut ZERO. Try fighting the Ultimate Weapon while Marvin’s “Trouble Man” plays as you’re Omnislashing the hell out of your opponent. Try playing my favorite RPG at the moment, Another Eden (yes, it’s a mobile game), while playing Stevie Wonder on the bus after a busy day at work. It’s eargasmic, I tell you. Simply eargasmic.

Yes, RPGs are regal and the music is, often, ethereal. Most RPGs deserve to have their soundtracks played often (unless they suck, which is also possible). But there’s, at least for me, something about turning on Willie Tee’s “Moment of Truth” and spamming your ultimate attacks against a formidable adversary that gets me more pumped for the next chapter in a story than anything. It’s partly the Fallout 3 effect (Ink Spots FTW), but it mostly has to do with how well each of these things have gone hand in hand in shaping who I am today and I’ll never be too old or what have you for either.