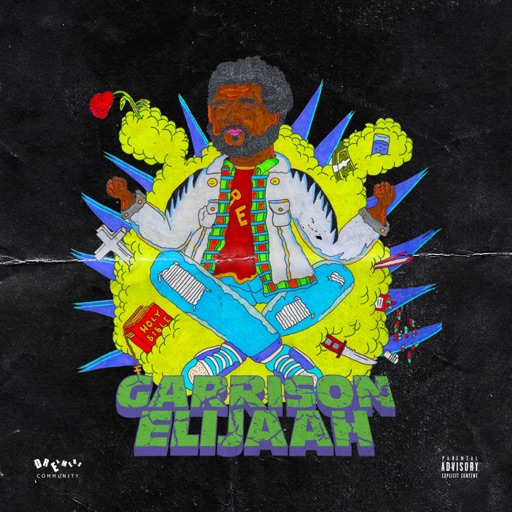 Garrison Elijaah’s Lil Piece of Freedom delves into vices, as seen originally on the track “Money Addiction.” While the subject matter isn’t exactly new–we’ve seen various musicians talk about their vices (and the vices of others)–how Elijaah talks about them is definitely refreshing. He doesn’t outright embrace them, but does acknowledge that these vices (money, drugs, sex, and so on) can play a part into how people conduct their lives. On the flip side, he also doesn’t get on a soapbox and tell listeners how wrong they are to indulge in these things.

While the EP has a gospel and spiritual feel to it, and Elijaah does spend a bit of time praying for his soul, there isn’t anything overly preachy about the project. For me, a holier-than-thou attitude would’ve made this less effective. By the time the fifth song kicks in, we’ve seen the effects these things have on our narrator and the world around them. But, instead of offering cure-alls, there’s a bit of acceptance that some of these things provide (albeit mostly temporary) freedom from the stressors of the world.

Let it be known that Garrison Elijaah is not advocating people go get high all the time and copulate with everyone under the sun. There is, though, a show of understanding as to why people do those things. There’s an understanding as to how people can get trapped inside of themselves and their surroundings and want/need escapes from that reality. That sort of understanding is key in reaching an audience with the message Elijaah’s putting out there with this one. Otherwise, it’d fall on deaf ears as just another guy looking down his nose at people.

Check out the project below and remember to support dope music in all its forms.