Skip to content
DMV artist Cooley has popped on my radar a few times over the years. His 2017 project Hallway hit streaming platforms over the past few months and, since it’s TBT, it’s a good time to talk the title track of Hallway. It’s grimy and abrasive, almost like something from IDK. However, instead of just apeing IDK’s style and approach, Cooley makes the just-under-three-minutes track his own by being animated in his depictions of life from the eyes of someone’s who’s been out in the streets (also Northeast DC from the eyes of someone who’s seen it up-close). Nothing’s “sweet” or funny in this one, even while Cooley is very animated with his flow. 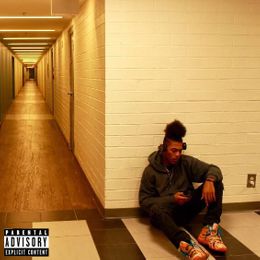 I mean, this is a song that includes lines about “the Savior and the Antichrist [living] in the same one.” Yes, that speaks on life’s duality, but it also paints a picture of slight desolation since those we look to for saving may be the same ones who forsake us when it’s all said and done. Check out the track below, check out its parent project on Audiomack, DatPiff, and other DSP, and remember to support dope music in all its forms. You never know when/where you’ll find your new favorite bop.