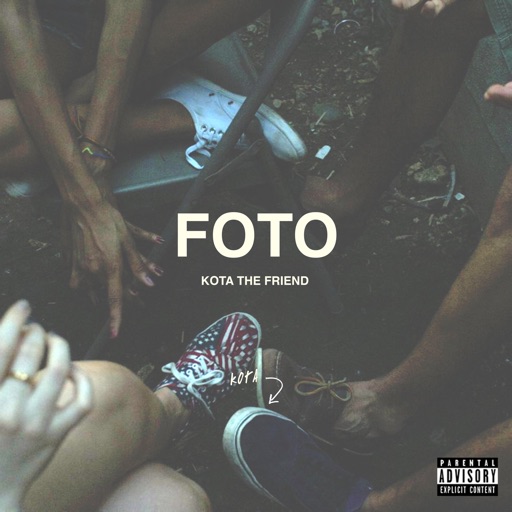 Kota the Friend recently released his debut album, FOTO, and I’m thankful I got the link to it. Kota is a rapper’s rapper who decided to stay independent after turning down several deals. It has a Chance The Rapper feel to it (in that it’s hip-hop, but elements of jazz and live instrumentation bleed through). To just call it “Chance-like,” though, sells the project short. So that’s where I come in to talk a bit about FOTO.

If I had to pick just one word to describe it, it’d be “lush.” The beats are lush, the lyrics are lush and thought-out, the themes are woke and deep but not “fake woke” or pandering to anyone. It’s real and abrasive and it calls out racism, sexism, and gentrification while still being smooth and reflective of who Kota seems to be as a person–and as an artist. It’s multilayered and multifaceted. That’s a lot of words to say that the project is “lush” and dope, but words were always my strong suit.

The album’s appeal is that it plays like you’re viewing Kota’s family history and learning more about who he is. For this to be his debut, it plays like this is his fourth album. There’s a maturity and earnest feeling on this project that is sorely lacking from many debuts these days. All in all, it’s a great project that deserves your ears.

You’re probably wondering why I didn’t go further in-depth about it. However, some things need to be experienced, rather than just talked about. Check out the project below and remember to support dope music in all its forms.