Skip to content
There’s a minor controversy brewing online today because of GoldLink’s new album sharing its name (and celebrations of Blackness) with Baltimore R&B artist Joy Postell’s 2018 project. I won’t speak on the controversy other than to say it’s a thing that exist. It’s how you create around concepts that makes things stand out.

However, this whole thing brought me to Joy’s project. And since we’re here, let’s discuss a bit. 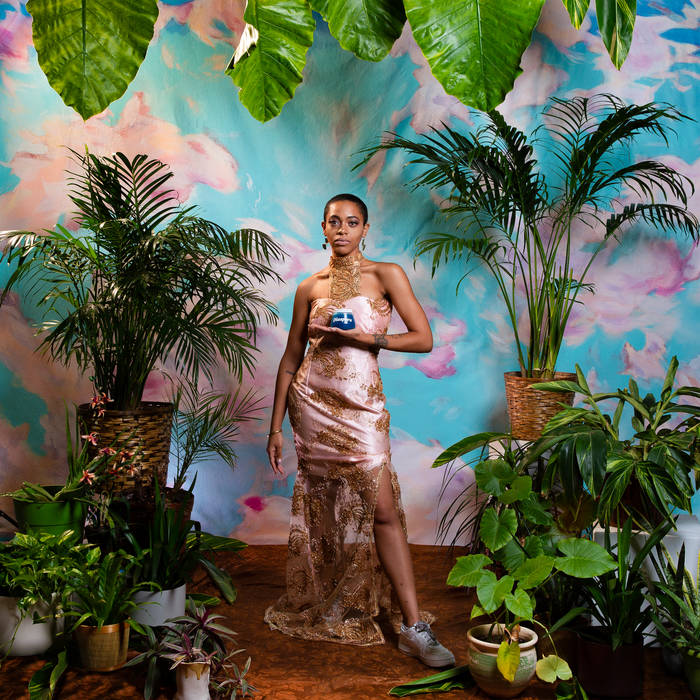 First of all, I was blown away from by her voice and her cutting subject matter, which, like the GoldLink project, covers the entirety of Blackness. That’s where the similarities end, as Postell’s project delves even deeper into the joys and the pains of Blackness, especially seen through the eyes of a Black woman. There’s a beauty and tenderness here that GoldLink’s project lacks at points.

Black girl magic is a thing and it’s a thing we should celebrate every damn time we see it.

Vocally, she’s got a Badu meets Lauryn Hill energy to her, if that combination was raised by Jill Scott. Songs like “Consciousness” and “Signs” pull you in with their infectious melodies and carefully-layered vocals. Then, they smack you in the face with reality and questionings of how we carry ourselves.

Diaspora by Joy Postell
“Signs” especially caught me off-guard because it’s a “these niggas ain’t shit and they’ve proved they ain’t shit” track in the middle of an album that celebrates Blackness in all its forms. I loved its switch-up because it reminds us that this is an album only a Black woman could put together. Then, we get to pair that track with “Seattle,” which feels like the woman from “Signs” gave in to her carnal desires and decided to enjoy herself with someone else.

“Water” brings us back to reality, though, talking about the disparities and evilness in the world. I am in love with the jazziness of it and the anti-violence pleas within it (both for interracial violence and same-race violence caused because of those aforementioned disparities). We get taken to church in  way by this track and “No Sunshine,” a brief Young Moose interpolating which talks about the sadness radiating from my hometown.

Concept and name aside, Joy Postell’s Diaspora is dark where DIASPORA is light and light where GoldLink’s project is dark. Its point that we’re still chained by societal and governmental issues is harsh, but it’s timely and needed. This is especially since it counters that with celebrations of what it is to be Black. It’s a beautiful album on its own that deserves all of the shine it’s gotten. I just wish that I found out about it earlier. Check it out and remember to support dope music in all its forms.