Skip to content
JeRonelle has been one of my favorites for a while, before he amazed on The Four. The Nebraska native’s voice is powerful, his songwriting is great, and his presence is excellent. His latest project, a shorter release entitled Vulnerable, shows JeRonelle doing exactly what the title suggests. The project also seems to highlight the evolution of a somewhat unstable relationship and how that helps to lead to issues with his self-esteem and self-worth. 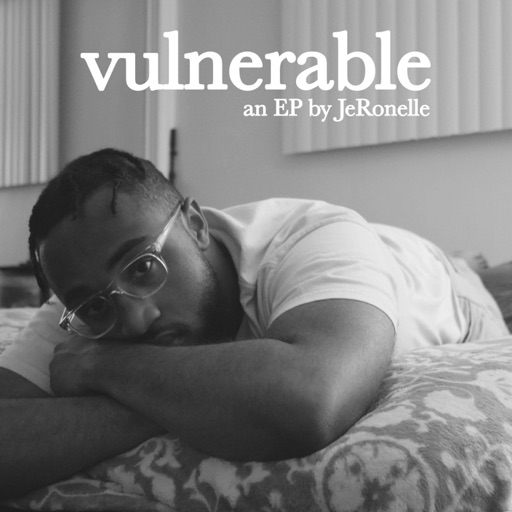 The EP begins with a jazzy tune, “Warn Me Now.” During the song, JeRonelle cautions his lover to just let him know if she’s going to break his heart. It’s dark in a big way, contrasting the upbeat instrumentation. JeRonelle assumes that his romance will end up in the trash and is preemptively preparing his potentially wounded heart for it. Combined with the up-tempo jazzy feel, we get a contradictory feeling. He assumes it’ll end in heartbreak, but he’s going to go along for the ride and see where he ends up.

As the project continues, we hear JeRonelle begging for his heart and, in some ways, a preservation of his sanity. Towards the end of the project, he seems to find someone who isn’t going to break him down. “Wanted,” an account of this type of relationship, still has a bit of darkness to it. He’s “chasing a thrill that [he] can’t deny” with this woman, letting himself go down a path that could hurt him. However, he doesn’t care.

Unfortunately, it blows up in his face on the final song of the project, “Seasons.” His vocals on this track help bring the point home; he wants stability and love, but isn’t getting it. It becomes full-circle, as he sings “if you’re not tryna love me, please don’t waste my time,” bringing us back to the end of this story–and the beginning of a new one, where he’s to decide how to move forward after having his heart broken by a tumultuous relationship.

It’s an impressive project and further highlights why JeRonelle is an incredible artist. Check it out below and remember to support dope music in all its forms.